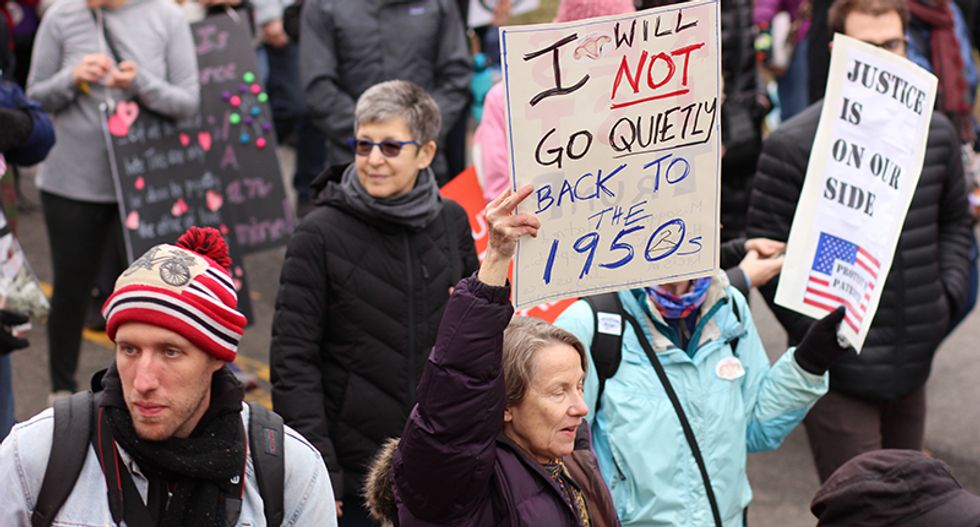 The Republican-controlled Arizona Senate has passed a bill that would let law enforcement officials seize the assets of people who participate in protests that turn violent -- even if those people had nothing to do with any violent incidents.

The Arizona Capital Times reports that the bill, which passed on Wednesday, "expands the state’s racketeering laws, now aimed at organized crime, to also include rioting," while also redefining "what constitutes rioting to include actions that result in damage to the property of others."

The bill would allow police to seize assets of anyone who attended a peaceful protest that happened to turn violent, and it also gives cops the power to arrest people who planned the events, even if they did not personally commit violence.

State Sen. John Kavanagh (R-Fountain Hills), who supported the bill, explained to the Arizona Capital Times that it's aimed at curtailing the activities of "professional protest" groups whose goal is to start riots and damage private property.

"You now have a situation where you have full-time, almost professional agent-provocateurs that attempt to create public disorder," said Kavanagh, a former police officer. "Wouldn’t you rather stop a riot before it starts? Do you really want to wait until people are injuring each other, throwing Molotov cocktails, picking up barricades and smashing them through businesses in downtown Phoenix?"