‘As American as anyone’: Chicago veteran faces deportation after two tours of duty in Afghanistan 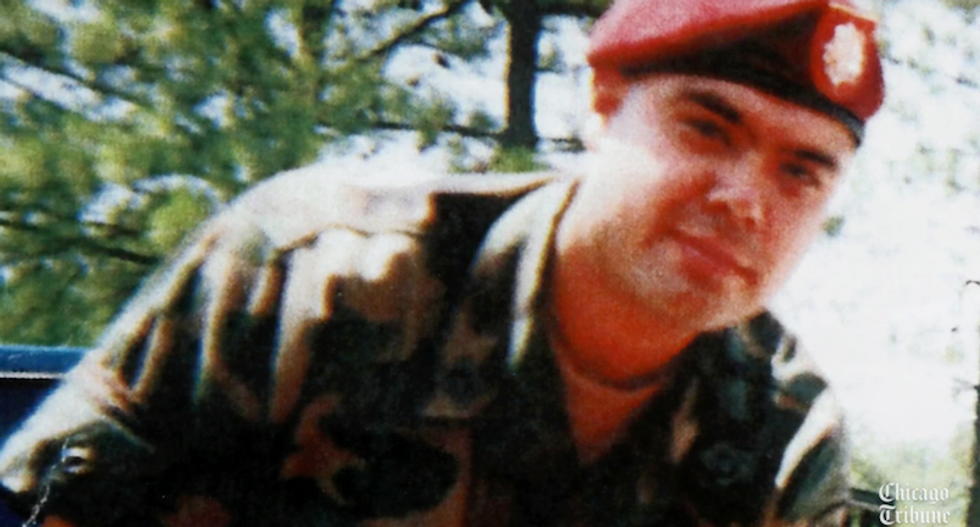 A Chicago veteran is facing and fighting deportation after spending time in prison for drug charges, the Chicago Tribune reported. Miguel Perez Jr., 38, was born in Mexico and is presently a legal permanent resident of the U.S. He served two tours in Afghanistan.

Perez, who has lived in the U.S. for the last 30 years now faces possible deportation to Mexico over a felony drug conviction, but his case is not isolated. Experts who have tracked veteran deportations put the exact number in the thousands, though the Department of Homeland Security claims to not keep count, according to PBS News Hour. However, the American Civil Liberties Union estimates that number is in the hundreds.

Perez thought that upon taking an oath to serve in the military, that he also became a U.S. citizen; however, he learned that was not the case upon receiving a summons for immigration court after his release from a state prison.

He had served seven years in prison on drug charges "for handing over a bag of cocaine to an undercover police officer," the Tribune reports. Perez has since been in the custody of Immigration and Customs Enforcement (ICE) and awaits deportation in a Wisconsin immigration detention center.

An immigration judge will determine on Monday whether Perez will be deported or not. According to numbers from the Tribune, there are nearly 18,700 legal permanent residents in the armed forces, and over 109,000 service people became citizens by the end of 2015.

In a comment on Perez's case, ICE spokeswoman Gail Montenegro said in a statement, "ICE respects the service and sacrifice of those in military service, and is very deliberate in its review of cases involving U.S. military veterans," adding, "Any action taken by ICE that may result in the removal of an alien with military service must be authorized by the senior leadership in a field office, following an evaluation by local counsel."

Perez hasn't lived in Mexico since he was 8 years old and his attorney, Chris Bergin, argues that returning would put his life in danger. "Being removed to Mexico, where he would be at risk of being killed … being separated from his whole family and the only country he has ever known, seems to be a punishment that does not fit the crime," said Bergin.

Veterans, including both U.S. citizens and green-card holders will head to Washington on Tuesday to lobby Congress in hopes that Perez will be released. Regarding his own case, Perez says, "The sweat, tears and sometimes blood we shed for this country makes us as American as anyone born here."