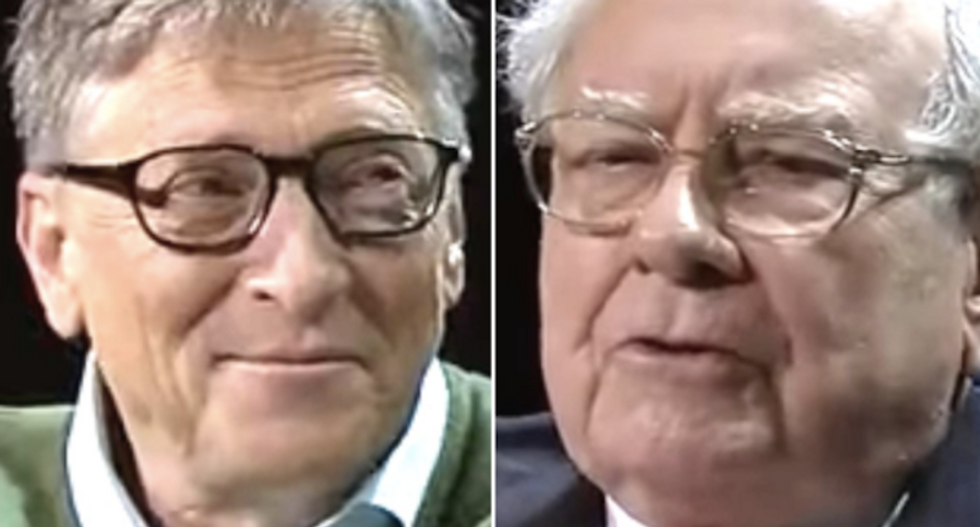 The quality of life has risen dramatically in Warren Buffett's lifetime, but he said income inequality keeps too many Americans from enjoying what he sees as a relative "utopia."

In a wide-ranging interview with The Atlantic, Buffett and his fellow billionaire Bill Gates discussed some of the economic factors that gave rise to President Donald Trump and offered some criticisms of the Republican chief executive.

Buffett said his neighbors, who have an average income of $100,000, enjoy a better standard of living than the oil magnate John D. Rockefeller, widely considered the richest American of all time, due to advances in medicine and technology.

The economy has grown exponentially in the past century, but Buffett said a significant percentage of Americans are still unable to support a family by working 40 hours a week -- and he said improved communication reveals the great disparity in wealth.

"Government has always interceded in some ways to change what a market system does," Buffett said. "A market system is wonderful in producing what people want, but it also divides up the spoils. Absent government interference, an unfettered division of the spoils will produce greater disparities now than it would have a couple of hundred years ago."

Both Buffett and Gates disputed the idea that the U.S. was a "post-fact" society, and they agreed journalism was more important than ever.

"People want success, they want education that works, they want healthcare that works," Gates said, "and so to the degree that certain solutions are created not based on facts, I believe these won’t be as successful as those that are based on facts. Democracy is a self-correcting thing. And so, yes, I think facts will stay strong."

Both men were optimistic about U.S. democracy in the social media age, but they pointed to immigrants as the key to its enduring success.