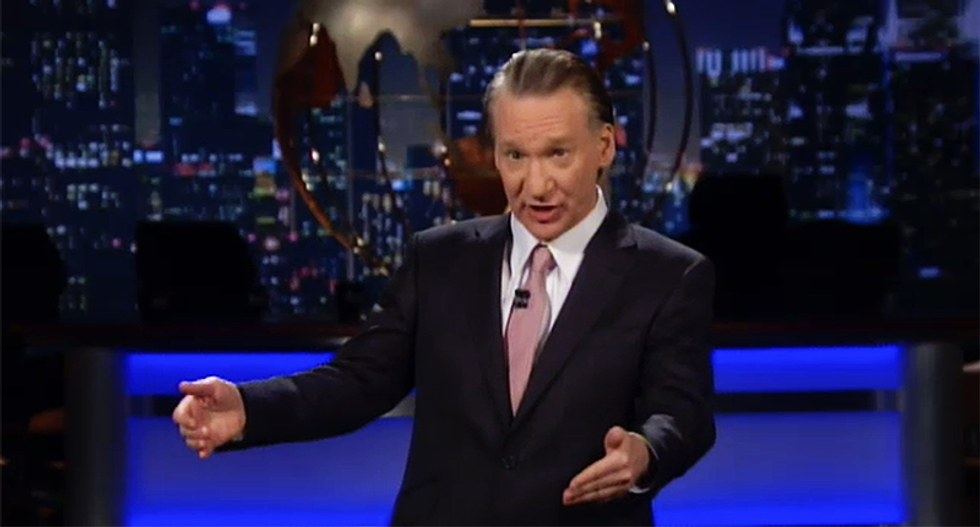 Bill Maher began Friday's show saying that each week is like another episode of "He did what?!"

Trump has threatened to invade Iran, Chicago and Mexico. Maher thinks Trump's only hope is to have penis enlargement surgery.

Given this month is Black History Month, Maher said Trump gathered everyone he knew that was a person of color so he could talk about himself. He said it was like a kid showing off his Pokemon cards.

"This is Omarosa, her special power is sass!" Maher joked. "It was billed as a listening session and he did all the talking. All about himself and the election and how unfair the news coverage has been. Only Trump could take the occasion of Black History Month and make it about how he's oppressed."

When it came to Trump's mention of Frederick Douglass. "Where are ya, Freddie? Stand up," Maher said doing a Trump impression. He joked that someone had to whisper to Trump that Douglass was dead. "And Trump said, 'Oh no! Gang violence?'"