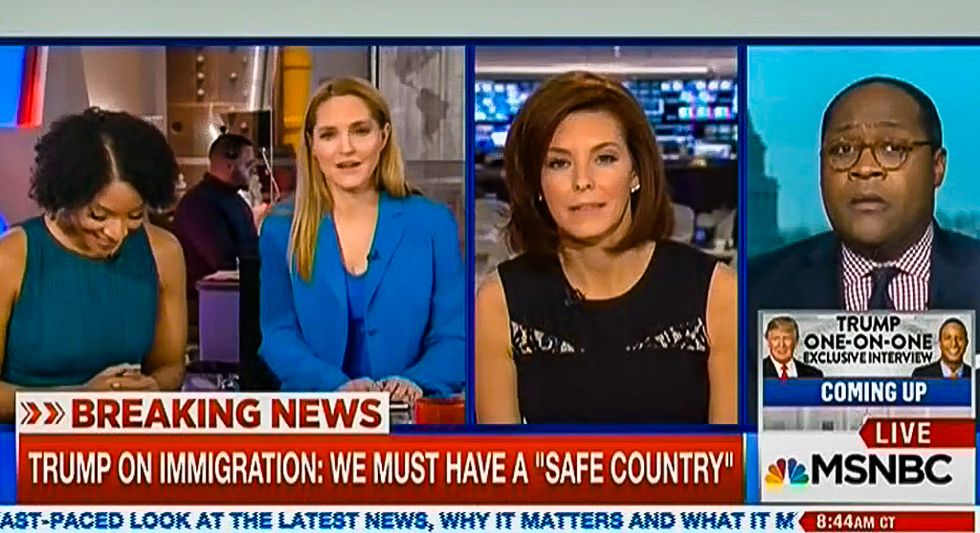 An MSNBC panel on Tuesday questioned the mental health of President Donald Trump after he seemed to misunderstand the purpose of the National Museum of American History in Washington, D.C.

During a tour of the museum for Black History Month on Tuesday, Trump spoke to MSNBC's Craig Melvin about divisions in the country.

"And part of the beauty of what you're doing here with the museum and the success of the museum -- success is very important because it's doing tremendous numbers, tremendous numbers of people are coming in," he added. "I think that really helps to get that divide and bring it much closer together, if not perfect."

Trump went on to connect "love" at the museum to the need to restrict travel from Muslim countries.

"It is not about 'love' in a broad sense," she insisted. "I mean, I don't know what he was talking about there."

Former U.K. MP Louise Mensch found something even more troubling about Trump's visit to the museum.

"And as a matter of fact, I think it shows the president needs a mental health check-up," Mensch said. "I genuinely believe that sounded so bizarre and so ridiculous and one thought just flowed into another with no logical sense at all. It's a matter of national security that the president is not in his right mind."