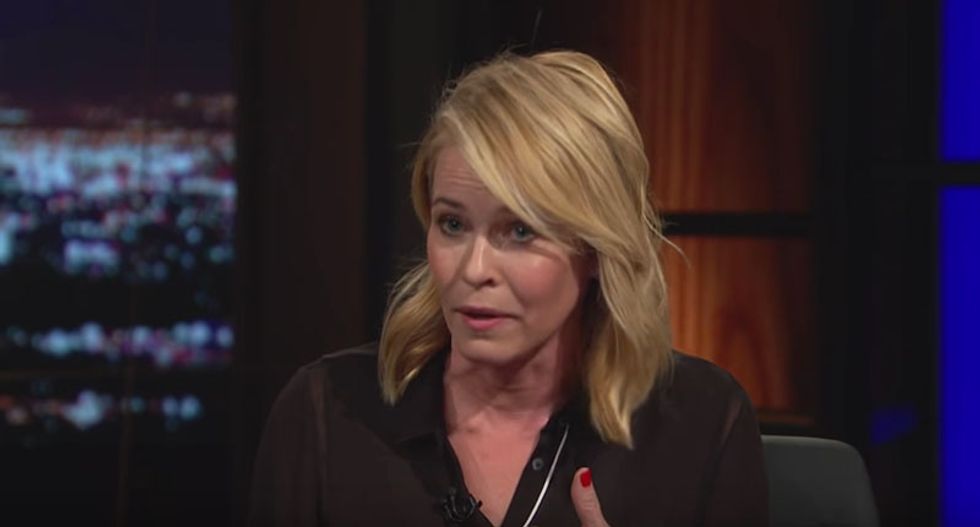 Chelsea Handler is not shutting up.

On Wednesday, the outspoken comedian posting a picture on Instagram of herself flipping the bird, with the caption, “Fuck you Jeff Sessions, gorsuch, Steve Bannon and trump. Fuck all of you.”

Apparently, a friend told her she was being “too political,” and “too aggressive” in her criticism of the president and his team, to which Handler replied”

“I am a white woman of a lot of privilege. I make a lot of money and I don’t have a lot of problems, and a lot of what this administration has proposed thus far won’t even affect me personally," Handler confessed in her video. "I don’t need Planned Parenthood, I can pay for my own medical care. I’m not an immigrant, I was born here. I’m not Muslim. I’m not Mexican. I’m not black. I’m not gay, or transgender."

Handler explained that she knows America is based on inclusiveness and welcoming people. She also said that as she understood it, the country is founded on loving people, despite differences.

It's about "not worrying about how something impacts your life personally, but how it impacts all the people around you and all the people that aren’t around you," she continued. "It’s compassion and it’s empathy. And I will fight for it, and if I come off as being aggressive, it’s because I care so much about doing the right thing.”