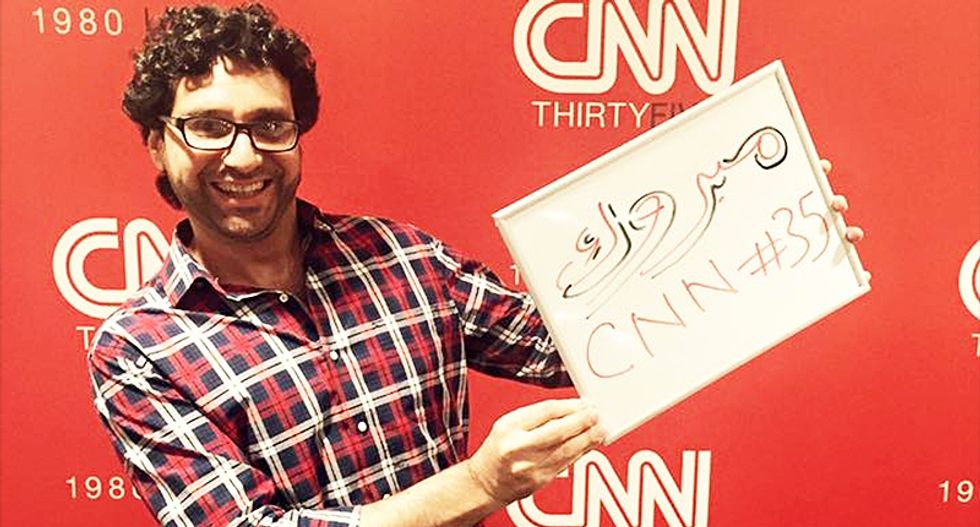 Tawfeeq was born in Iraq but is a permanent legal resident of the United States and has been since 2013, The Atlanta Journal-Constitution reported. According to the lawsuit against Homeland Security and Customs and Border Protection, he often travels to the Middle East as part of his job at CNN. It explains that he is protected under the Immigration and Nationality Act of 1965 and the Administrative Procedure Act, which could challenge the legality of Trump's order.

Despite being a permanent legal resident and having the proper paperwork, Tawfeeq was detained and forced into additional screening.

According to the AJC, the suit outlines the order cannot be applied to lawful permanent residents or green card holders returning after short trips.

“The executive order has greatly increased the uncertainty involved in current and future international travel for returning lawful permanent residents like Mr. Tawfeeq,” the lawsuit outlines.

While this is Tawfeeq's lawsuit and not one filed by CNN or its parent company, they did note say a statement, the suit "is a basic request to clarify and assert his rights under the law. We support him in this effort and hope its resolved quickly.”