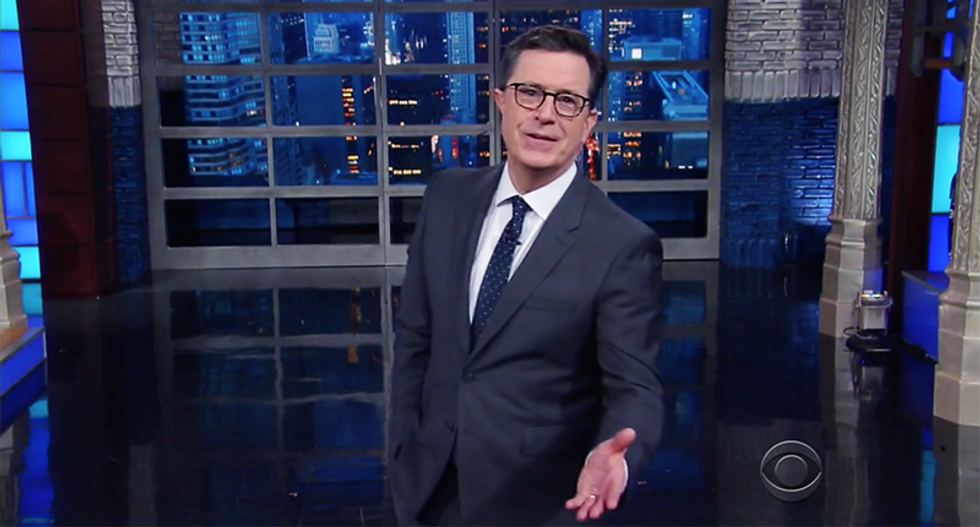 Late Show Host Stephen Colbert celebrated President's Day by lampooning the latest president -- Donald Trump -- and warning those who called it "Not My President Day" that they need to deal with reality so, "no marching off into your fantasy world. Don't leave me alone with this guy."

"Let's see what your president's been doing. Friday, he went after the media with a bold accusation," Colbert began as he adopted Trump's voice,"'The fake news media -- failing New York Times, NBC News,  ABC, CBS, CNN is not my enemy, it is the enemy of the American people!'"

"You know who I feel bad for? "Colbert quipped. "ISIS. Yeah, they try so hard. Sorry, ISIS. If you want to get on the list, publish photos of Trump's inauguration crowd -- then he'll be really angry at you."