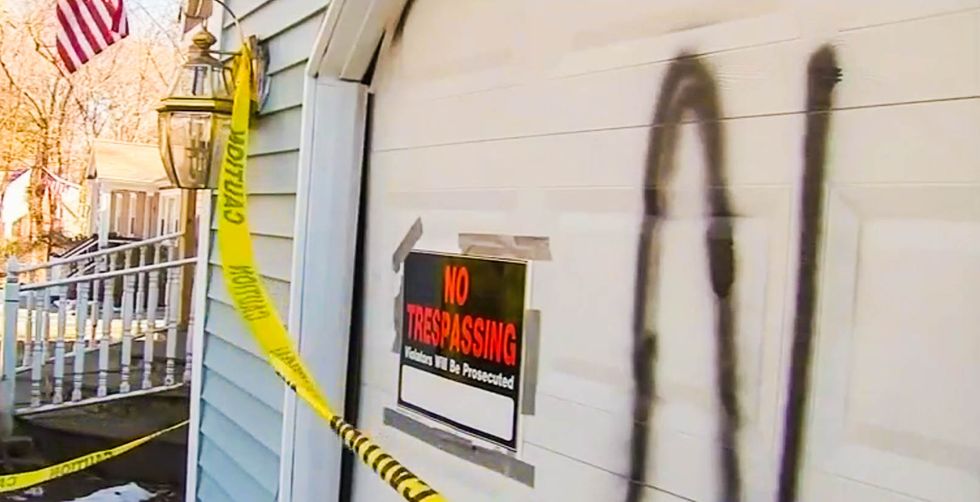 A biracial couple in Stamford, Ct. has been hit with a $100 fine because they are refusing to remove racist graffiti painted on their house until local police have successfully apprehended the perpetrator.

Instead of having the graffiti removed, however, the couple decided to leave it up until police found the person who painted it as a reminder to their community that one of their neighbors had been targeted by a racially motivated hate crime.

"I'd like to find out who did it, because this has to stop," Charles told ABC 7 New York.

Nonetheless, leaving the graffiti up violates the city's regulations against blight, which was why they were slapped with a $100 fine for leaving it up.

Darnell Crosland of the Connecticut NAACP, however, believes it's unjust that the couple who were victims of the graffiti are paying more of a price than the person who vandalized their house.

"We think the police should open up a live investigation, and means they should interview people," Crosland told ABC 7 New York. "They should create a police report, and they should have a case number. I don't even know if this situation has a case number yet, and I think that is an affront to all of us."

Watch the full news report below.