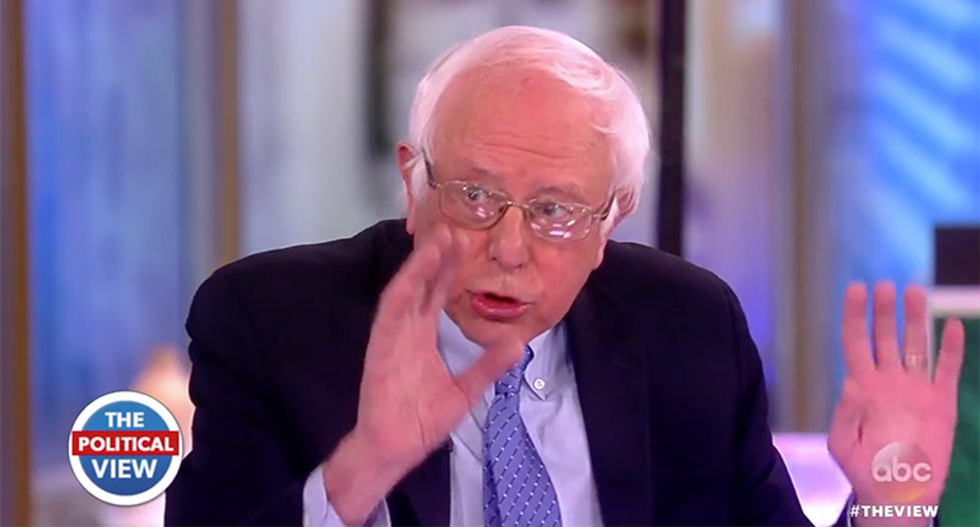 Sanders, who spoke a day after Democrats chose Tom Perez, a veteran of former President Barack Obama's administration, as their new party chairman, said it was also crucial for progressives to do more to mobilize grassroots supporters to take on Republican President Donald Trump.

"We need a total transformation," the 75-year-old U.S. senator from Vermont said on CNN's "State of the Union."

Democrats are struggling to recover from an electoral rout in November in which they lost not only the White House, but both chambers of the U.S. Congress. Republicans won the governor's office in 33 states, up from 31, and increased their dominance in state legislatures.

The unexpectedly strong challenge from Sanders, a Democratic socialist, to Hillary Clinton in the 2016 Democratic presidential primary laid bare the fissures within the party.

Sanders' calls to rein in big businesses echoed a campaign theme that energized his supporters during the Democratic primary.

Sanders had backed U.S. Representative Keith Ellison, a liberal from Minnesota, to lead the Democrats but threw his support behind Perez after Saturday's vote. Perez promptly made Ellison his deputy after the election.

Trump seized on the result to reprise a favorite phrase from the presidential campaign, calling the race for Democratic National Committee chairman "totally rigged."

Perez, who was labor secretary under Obama, promised to rebuild the Democratic Party and redefine its mission from the grassroots up.

"That's what we have to do as Democrats, help elect people in statehouses, presidency, local government and everywhere in between," Perez said on NBC's "Meet the Press."

Democrats did not invest enough in their party infrastructure and grassroots organizing and ignored large swathes of rural America, Perez said in a round of television appearances.

Trump swept those areas and the Rust Belt region in the Midwest with his talk of bringing jobs back to America and renegotiating the trade deals many blamed for their loss.

Perez cited the angry town halls some Republican lawmakers have faced recently and said it was important for Democrats to harness that energy into the ballot booth.