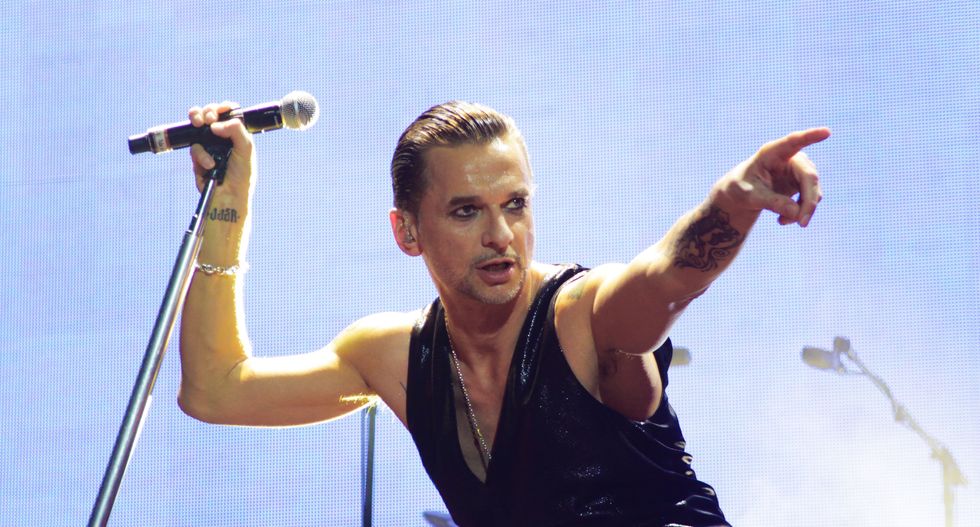 During a media scrum at CPAC on Thursday, notorious white nationalist Richard Spencer—asked if he likes rock music—declared that “Depeche Mode is the official band of the alt-right.”

The report immediately angered fans of the beloved British electronic band, with many pointing to the band’s anti-racism anthem “people are people,” which includes the lyrics, “I can’t understand/ what makes a man/ hate another man.” And last November, frontman Dave Gahan compared President Donald Trump (whom Spencer claims is a member of the alt-right “whether he likes it or not”) to Hitler, noting, “he’s saying are cruel and heartless and promoting fear."

Spencer, meanwhile is a verifiable white supremacist who advocates for “peaceful ethnic cleansing” and once led a crowd of jubilant Trump supporters in the Nazi salute.

I asked Richard Spencer if he disavows the anti Semitic messages and images distributed by his supporters, he said no.
— Olivia Nuzzi (@Olivia Nuzzi) 1487867752.0

Shortly after the report, a representative for Depeche Mode told Esquire that Spencer’s statement is “ridiculous.”

"That is a pretty ridiculous claim,” the rep said. “Depeche Mode has no ties to Richard Spencer or the alt right and does not support the alt right movement.”

For his part, Spencer clarified that he’s a life-long fan of the English synth pop band, but insisted he was “joking” when he claimed they represented the alt-right movement.

Listen to Depeche Mode’s “People are People” below, via YouTube: