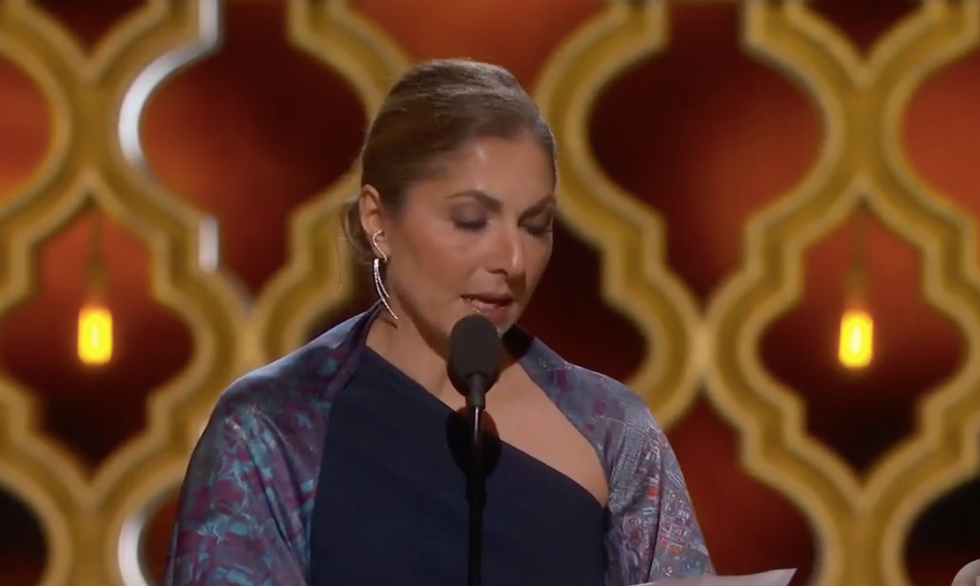 The directors nominated for "Best Foreign Language Film" released a remarkable joint statement during the Oscars ceremony on Sunday night condemning Pres. Donald Trump's anti-immigrant policies and "the climate of fanaticism and nationalism we see today in the U.S. and in other countries."

Digital Spy said that Asghar Farhadi ("The Salesman"), Hannes Holm ("A Man Called Ove"), Maren Ade ("Toni Erdmann"), Martin Pieter Zandvliet ("Land of Mine") and Martin Butler and Bentley Dean ("Tanna") all signed the letter, which called for "unity between nations and the freedom of the arts."

Trump's travel ban on individuals associated with 7 Muslim-majority nations blocked Syrian filmmaker and Oscar nominee for the documentary The White Helmets Khaled Khatib from entering the U.S. to attend the ceremony.

Iranian filmmaker Asghar Farhadi -- director of "The Salesman" -- won in the "Best Foreign Language Film" category but did not attend the ceremony. Instead, he asked Iranian-American businesswoman Anousheh Ansari -- the first Iranian to travel to space -- to read a statement on his behalf.

“I’m sorry I am not with you tonight. My absence is out of respect for those in my country and those in the six nations whom have been disrespected by the inhumane law that bans entry of immigrants to the U.S.

“Dividing the world into the ‘us’ and ‘the enemy’ categories creates fear. A deceitful justification for regression and war. These wars prevent democracy and human rights in countries in which have themselves have been victims of aggression. Filmmakers can turn their cameras to capture shared human qualities and break stereotypes of various nationalities and religions.