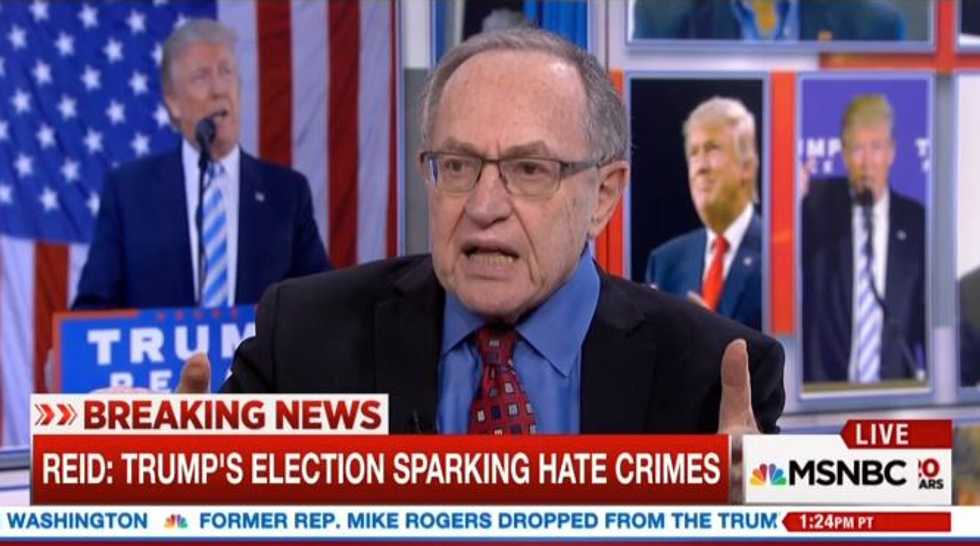 On Thursday, Feb. 9, 2017, the 9th Circuit Court of Appeals unanimously ruled against reinstating President Donald Trump's proposed Muslim travel ban. Constitutional lawyer Alan Dershowitz spoke about the ruling on MSNBC, arguing, "You work together with all three branches of the government to come up with a solution that protects the country and the constitution. What the president did was exactly the opposite."

Dershowitz argued Trump's executive order was an unilateral decision that he made without "conferring with the legislative branch, without really thinking hard about what the courts would say." He called Trump's decision a "failure of presidential leadership."

He argued, however, that the president must have some authority "with Congress, hopefully, to keep out categories of people who pose a risk to the safety of the country. But the legislation or the order have to be drafted very carefully. That's why I would hope the president would withdraw this order, start from scratch to come up with a new order that protects us and the constitution."

Political commentator George Will also joined the panel, adding that the president's response will matter. "The tone and the manners of the president are going to be decisive here. If he steps back and says 'The system is working, we have many more hurdles to go over, many more at bats in this game,' that would be one thing."

He continued, "If it is vituperative and ad hominem and an attack on the fundamental integrity of the system, then this will not be a teachable moment. It will be another polarizing moment, and very bad for the system."

President Trump responded to the court's decision on Thursday night, tweeting, "SEE YOU IN COURT."

See the full clip below.