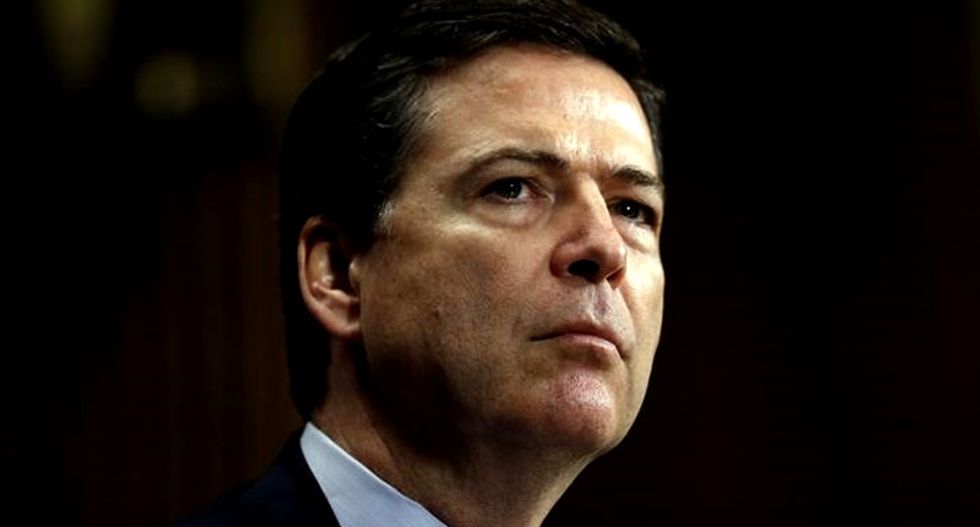 FBI Director James Comey testifies at a Senate Judiciary Committee hearing on "Oversight of the Federal Bureau of Investigation" on Capitol Hill in Washington May 21, 2014. REUTERS/Kevin Lamarque

According to The Hill, congressional Democrats have a few questions they want to put to the FBI director and he "better have a good answer."

Comey came under extreme scrutiny after he released information on a possible investigation into former Secretary of State Hillary Clinton just days before the election that turned out to be nothing and yet was felt by many to influence the election. Comey's actions at that time were criticized for going against a longstanding Justice Department policy of not discussing investigations so close to an election.

Now, with the Washington Post and the New York Times breaking leaked information about Russian involvement with Trump's inner circle, lawmakers are preparing to put Comey on the spot.

Addressing the revelation that Flynn had been in conversations with Russian Ambassador Sergey Kislyak, Rep. Jerrold Nadler (D-NY) posed the Watergate question of 'What did the president know and when did he know it.'

“The much bigger issue is, what is the connection with Russia and the Trump administration? It’s not only how far up does it go — was the campaign in collusion?” Nadler asked. The congressman was asked if he trusted the FBI to properly investigate the Russian connection to the election, whereupon he replied, “I don’t know.”

Even Republicans now have grave concerns with House Intelligence Committee Chairman Devin Nunes (R-CA) wondering what exactly is going on and whether the FBI has any answers as part of their investigation.

“I expect for the FBI to tell me what is going on, and they better have a good answer,” Nunes said.

Former House Oversight Committee chairman Rep. Darrel Issa (R-CA) also has problems with how Comey is responding to the questions about the investigation, saying, “He twice made the decision that in light of the high public awareness, to try to clear the air — and no air got cleared.”

In reference to Comey's blunder in discussing the Clinton investigation, Issa added, “I’m not going to disagree that he will live by that experience of, no matter what his reasons, it did not advance the trust in the FBI when he was honest and forthcoming.”

The FBI director met in private with Trump in January to discuss Russian involvement in the election at which time he presented him with a controversial dossier prepared by a former British spy.

Trump has since asked Comey to stay on as the FBI director.