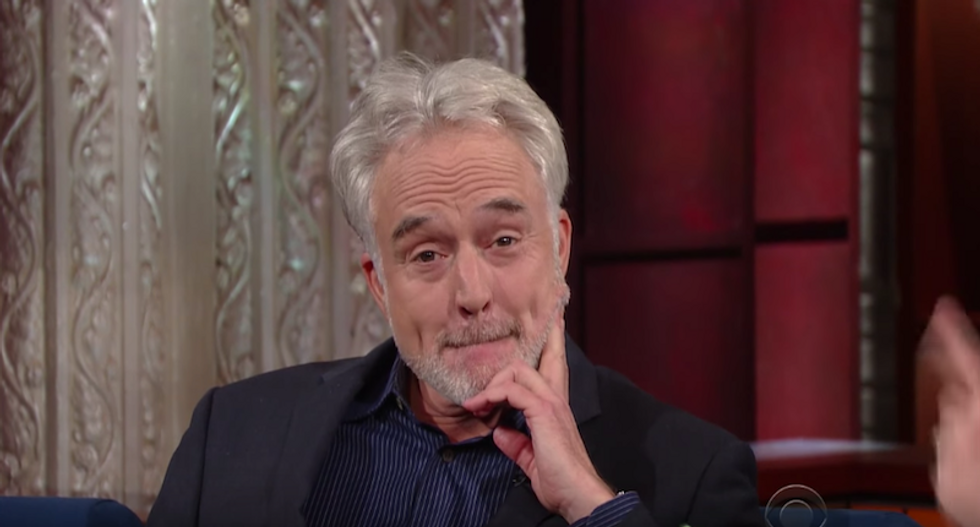 West Wing actor Bradley Whitford blasted Ivanka Trump on Twitter early Wednesday morning after the president's daughter made a point to stand up for religious tolerance in a tweet of her own. Whitford told Ivanka, "f*ck your shoes" in response.

The Trump administration has faced backlash since day one over rising anti-Semitism and racist attacks against the black and Muslim communities across the country since Donald Trump's inauguration. There has been an uptick in bomb threats against Jewish community centers in recent weeks, as well.

During a press conference last week, a Jewish reporter asked the president about this and he responded that he is the "least anti-Semitic person that you've ever seen in your entire life" and also the least racist person.

Trump also made a visit to the Smithsonian’s National Museum of African American History and Culture where he said in a speech that the "anti-Semitic threats targeting our Jewish community and community centers are horrible and are painful."

So when Ivanka Trump tweeted: "America is a nation built on the principle of religious tolerance. We must protect our houses of worship & religious centers," Whitford responded with, "f*ck your shoes."

Your father is a racist birther. Steve Bannon an anti-Semitic opportunist. You and your husband are enabling hatre… https://t.co/hMDnLkKgUs
— Bradley Whitford (@Bradley Whitford) 1487749361.0