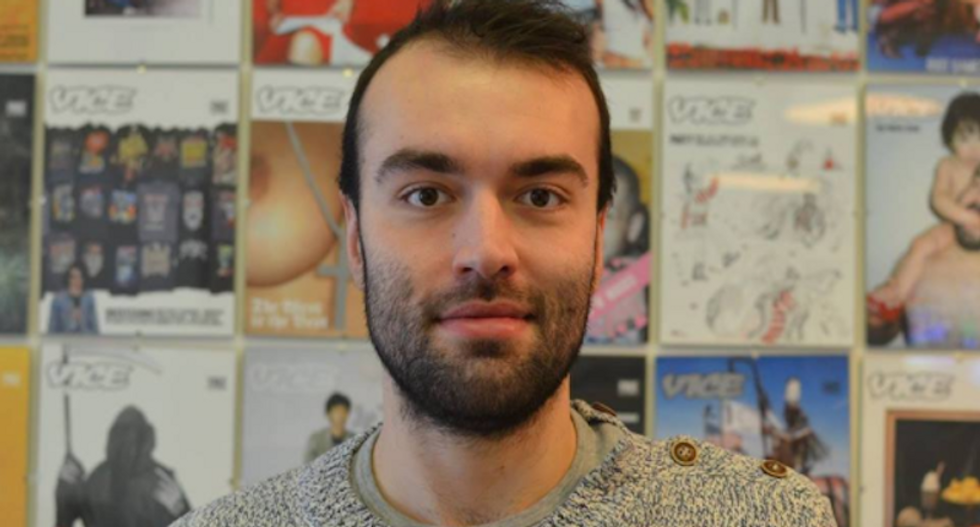 A former Vice Media editor allegedly used the Vice Canada office as a recruiting center for a transnational cocaine smuggling venture, the National Post reports. The editor reportedly sought out young journalists and artists for the drug ring, current and former Vice employees alleged in a conversation with the National Post.

Yaroslav Pastukhov, who was the music editor of Vice Canada and went by Slava Pastuk at the time, reportedly offered each of them $10,000 so that they would carry and deliver suitcases lined with drugs from Las Vegas to Australia. According to the report, they all declined to accept the offer.

Pastukhov parted ways with Vice Media in Feb. 2016 after several employees reported concerning behavior to management; however, his reason for parting ways with Vice was never disclosed to staff. The three young individuals who made the allegations to the National Post shared in-depth, first hand accounts of what they claim happened between them and Pastukhov.

One of them was a full-time staffer, one was an intern, and the other a former intern who contributed to Vice on a freelance basis. Two of them noted that when Pastukhov allegedly offered the trip the first time around, they were under the impression that it was on an assignment for Vice, but that they didn't initially report it to management out of fear that it would damage their working relationship.

Chris Ball, Vice Canada's head of communications wrote in a statement to the Post: "Upon learning of these allegations in early 2016, Vice Canada took immediate and swift action to address these claims through our Human Resources department, enlisting an employment law specialist to consult throughout and engaging an outside criminal law firm to conduct an investigation on our behalf and contact the Toronto Police Service. Based on the results of the internal investigation the employee was promptly terminated on February 16th, 2016."

The statement continued: "Vice Canada takes allegations such as these very seriously as the safety of our employees is our first and foremost concern. In fact, our employee handbook quite clearly states that ‘the use, possession, sale, transfer, offering or furnishing of illegal drugs or illegal use of other controlled substances while on duty or on Vice premises is prohibited.'"

You can read more about the investigation here.