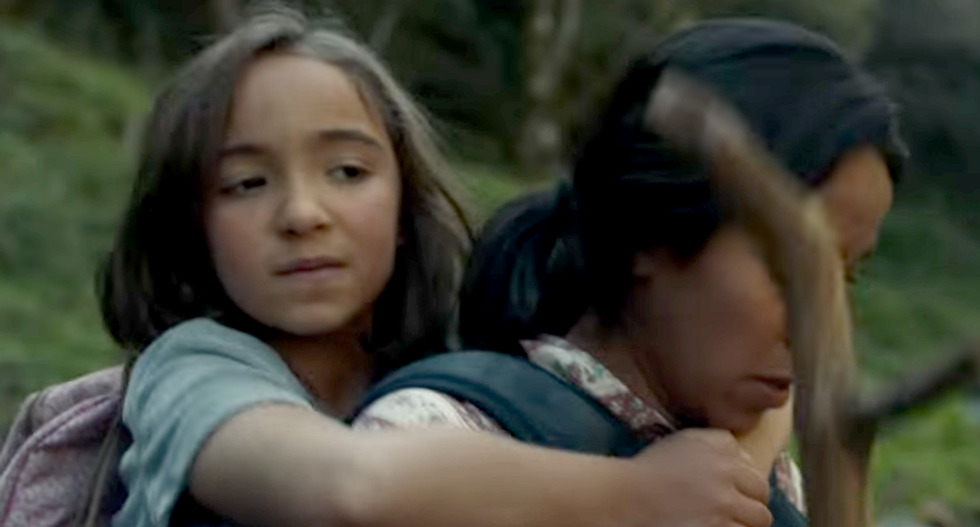 A building material company that submitted its first-ever Super Bowl ad this year was forced to revise the commercial after Fox determined the subject matter was “too contoversial,” the New York Times reports.

84 Lumber, a Pennsylvania-based building materials supplier, originally intended to air a Super Bowl commercial featuring a Spanish-speaking woman and girl who are fleeing their home country. In the ad, the family hits a nation's border wall, only to find a doorway that permits them to enter the country.

Now, only the part of the ad not including the wall will play before Sunday’s Half Time show.

“I still can’t even understand why it was censored,” owner Maggie Hardy Magero told the New York Times. “In fact, I’m flabbergasted by that in today’s day and age. It’s not pornographic, it’s not immoral, it’s not racist.”

NFL spokesman Brian McCarthy said the league was in its right not to air the original ad.

Magero—who voted for Donald Trump—said the ad was intended to speak to young people “who really believe in American dreams.”

“I am all about those people who are willing to fight and go that extra yard to make a difference and then if they have to, you know, climb higher, go under, do whatever it takes to become a citizen. I am all for that 110 percent,” she told the Times. “But do I want cartels? Hell, no.”

Watch the offending ad below: