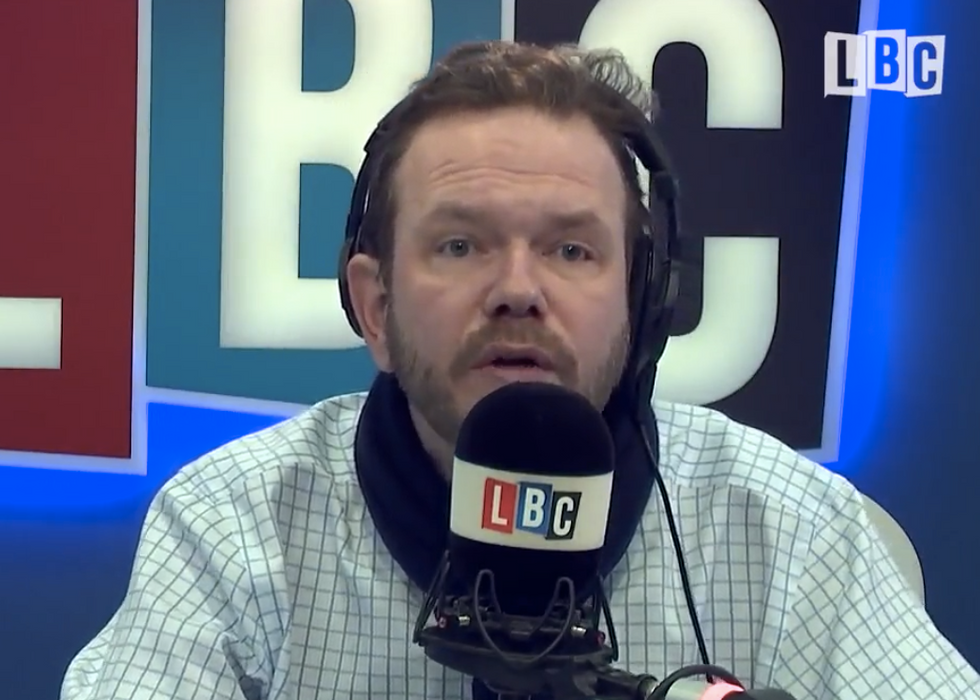 Radio host James O'Brien of LBC (Leading Britain's Conversation) Radio completely stumped an angry caller on Friday by asking him to name one falsehood that the press has propagated against Pres. Donald Trump.

The discussion centered around Trump's bizarre Thursday press conference where he ranted at reporters for an hour and 17 minutes, called them liars, and made the bewildering assertion that the leaks coming out of his administration are real, but the news stories about them are "fake news."

O'Brien asked his caller how this could be.

"What he's trying to say to say is the media twist the leaks," the caller replied. "If they've just got one paragraph of the truth, they'll add another paragraph that's fake."

"No, they've got the full transcripts of the conversations," O'Brien said. "He said to the journalists that wrote the stories: 'You know the leaks are real, you guys reported them, but the news is fake.'"

He then asked, "So at what point did it become fake? Give me an example of one thing that's not true that got reported?"

The caller tried to duck the question, saying that he "hates" and "mistrusts" the media.

"That's fine, but I'm just going to ask you once more," O'Brien said, "Can you just tell me something that's been published in America about these leaks that's not true."

The caller could not, and his attempts to redirect the conversation became increasingly comical.

"This is what the media do," he insisted. "They twist things."

"But we haven't found a single twist," O'Brien countered.

In the end, the caller offers to "phone back tomorrow" with the facts.