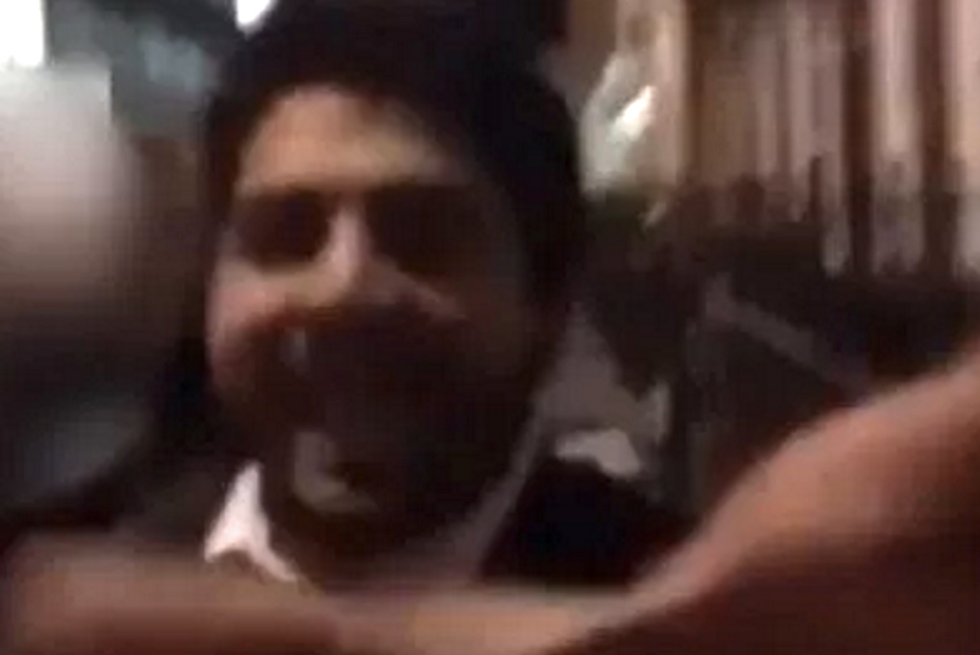 A 32-year-old man who attacked a gay couple for holding hands was sentenced to 10 weeks in jail and 10 weeks' probation this week after the court was shown video taken during the attack.

According to LGBTQ Nation, London IT worker Faisal Ahmed was on a drunken binge in November when he assaulted Sam Martin, 32, and Tom Davies, 27 -- a couple who had been dating for eight months, but decided that night to hold hands in public for the first time.

Ahmed approached the two men from behind and attacked them, shouting, "(Y)ou f*cking gay boy!" before punching Martin in the neck and then seizing him in a headlock and dragging him to the pavement.

In spite of being injured and shaken, the couple were determined not to let Ahmed get away with the attack, so they pursued him through the SoHo streets. At one point, realizing he was being filmed, Ahmed attacked the two men again.

Martin and Davies were able to record the second vicious assault, which was used as evidence in the case against Ahmed. When he ducked into a pub, the couple called police and had Admed -- who claims that he was so intoxicated that he does not remember the attack at all -- arrested.

At the time, he told police, "I punched him and he f*cking deserved it."

In court, Ahmed's attorney pled for leniency on the grounds that serving jail time would cost him his job and interfere with his ability to support his mother.

“This was a totally unprovoked assault," she said upon Ahmed's sentencing. "You uttered homophobic remarks and I think custody is appropriate.”

In his victim impact statement to the court, Davies said, "Since it happened, we have felt really anxious. If I walk home from work and it’s dark and I am on my own, I am so very aware.”

Martin said the attack left him "shocked, embarrassed and ashamed to be gay.”

LGBTQ Nation said, "He was sentenced to 10 weeks in jail and 10 weeks probation. He was also ordered to pay a £115 ($144) victim surcharge and to stay away from the couple for two years."

In December, a gay couple in Middlesex who were trying to order a takeout pizza where insulted and threatened by the shop manager, who was later fired by the Papa John's organization. The man reportedly flew into a rage when the two men hugged in front of him.

And on Christmas Day in the northern town of Thornaby, a gay couple were attacked by a mob of 15 people armed with bottles and other weapons.