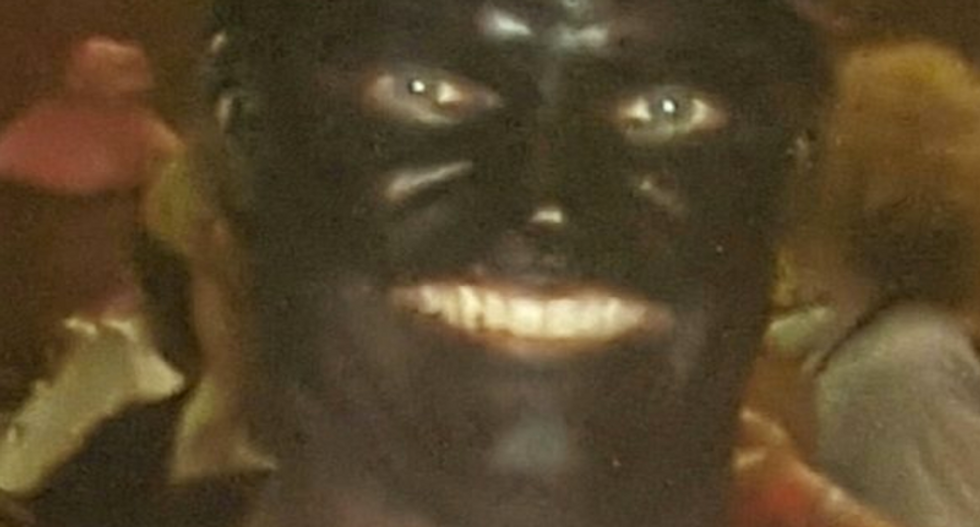 A candidate in the race for Louisiana House of Representatives is facing backlash over a racist photo of himself in blackface, apparently posing as golfer Tiger Woods as part of a Halloween costume.

Robbie Gatti, the frontrunner candidate in the 8th District race is seen in the photo with his face and neck completely covered in black paint. The photo was revealed by a conservative Louisiana politics outlet, The Hayride.

The source who provided the photo to the outlet said the photo was taken when Gatti was with members of the First Baptist Church in Bossier City. Gatti used to be an associate pastor at the church but was asked to leave.

In a statement on his Facebook page, Gatti confirmed the photo was real, though he did not issue a formal apology. He wrote, "15 years ago, my church held a fall festival, where all the volunteers were told to dress as a famous person. Tiger Woods was at the height of his popularity, as a world champion, and that was who I was dressed as."

The post continued, "Shortly after this event, I was ordained into the church. As a medical professional, ordained minister and military officer, I live my life seeing only character and I stand by that."

Gatti added, "I'm sad that my opponents have taken a good night at church and turned it into negative, political mud, but I'm confident the voters of Bossier will not fall for their desperate attacks."