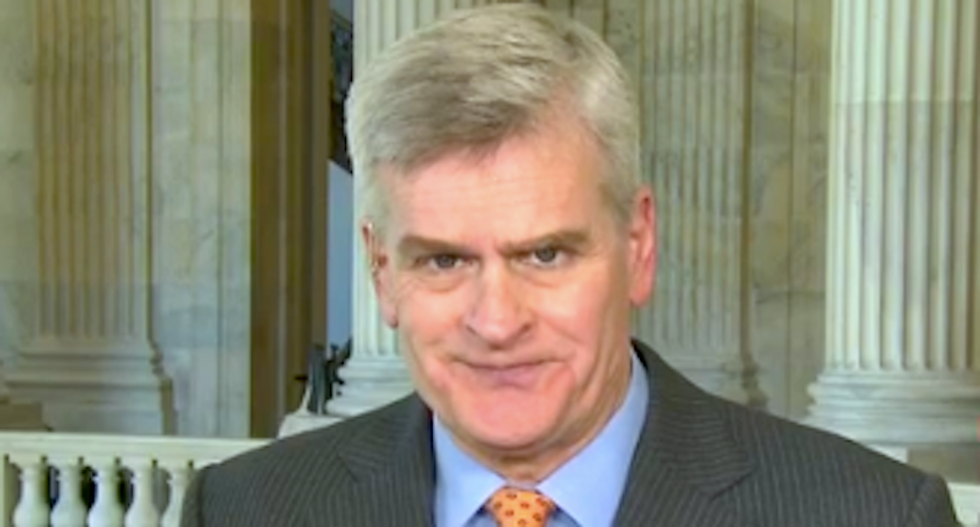 Sen. Bill Cassidy (R-LA) insisted Republicans had planned all along to slowly repeal and replace the Affordable Care Act, or just let states keep it, after President Donald Trump admitted a new plan might take a year to introduce.

"Clearly, we've said all along that it will happen simultaneously," Cassidy told CNN.

The Tea Party senator introduced a bill last month that would allow states to decide whether to remain on the health care exchanges established under Obamacare, but he doubted they would because Republicans would offer a better alternative.

"In our proposal, we then pass off to the states to choose between options, almost all of which will choose what we call the better choice -- far different from Obamacare," Cassidy said. "If what the president means is next year is when the states choose those options, then we're entirely on the same page."

The senator said he's spoken to "a high-ranking person in the president's inner circle," who told him that the "broad outline" of Trump's plan closely resembled congressional GOP proposals.

CNN's John Berman pressed Cassidy on whether the president agreed states should be able to keep Obamacare if they wished, and the senator admitted he didn't specifically address that with the Trump administration.

"On the other hand, whatever we give the state the option to do, they could theoretically stay with the status quo," Cassidy said. "We don't think they'll do that, because the status quo is so awful."

CNN's Poppy Harlow pointed out that offering states a choice was the core of his plan, but Cassidy disagreed.

Senator @BillCassidy says States will have a choice to stay with #Obamacare but they won't want too. https://t.co/1KaJpXrPhj