'Have you no ethics?': Anne Frank Center head rips Kayleigh McEnany for citing Ivanka as proof Trump's not anti-semitic 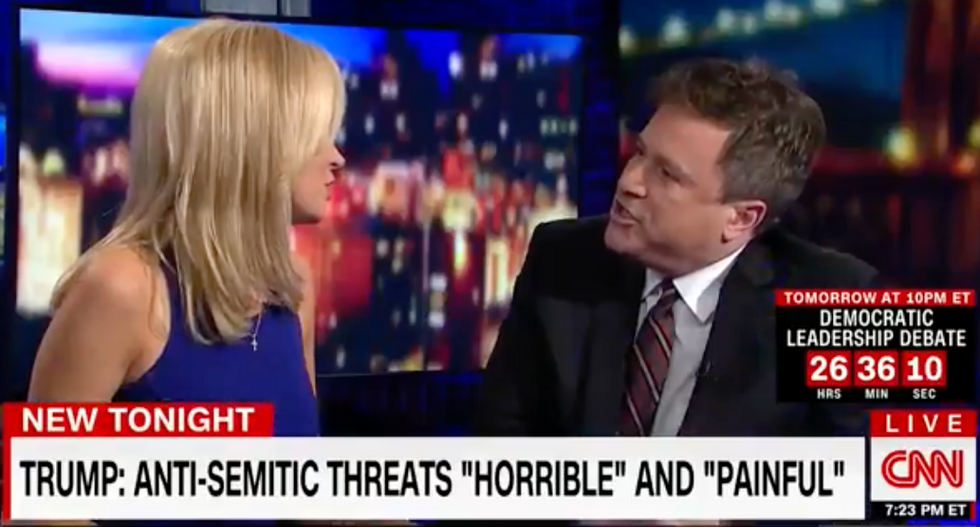 Steven Goldstein, executive director of Ann Frank Center for Mutual Respect, ripped into Kayleigh McEnany on Tuesday over her defense of Donald Trump’s sluggish disavowal of anti-Semitism, at one point asking the CNN conservative pundit, “Have you no ethics?”

McEnany tried to argue that Trump has previously disavowed anti-Semitism, reading a quote from the president where he claimed, “I want peace in this country and I want to stop crime.”

She added that she’s sick of people using the “veil of anti-Semitism to further their own political causes,” before asking Goldstein if he thinks “the president does not like Jews and is prejudiced against Jews.”

“Wow,” McEnany shot back before asking the executive director of the Anne Frank Center for Mutual Respect if he thinks Trump “hates his daughter?”

“Have you no ethics than to invoke people’s religion as a talking point?” he continued. “That itself is anti-Semitic.”

“Let’s make this a dialogue instead of a monologue,” McEnany replied mockingly. “Do you think the president likes his daughter?”

Goldstein refused to answer her question, calling it a “nonsensical question based on nothing.”

Later in the interview, Goldstein defended his criticism of Trump and McEnany, noting “when Donald Trump had an opportunity to speak out strongly against anti-Semitism, he’s talking about the electoral college. How ridiculous.”

“You’re doing a disservice to your own cause,” McEnany surmised.

Watch the contentious interview below, via CNN: