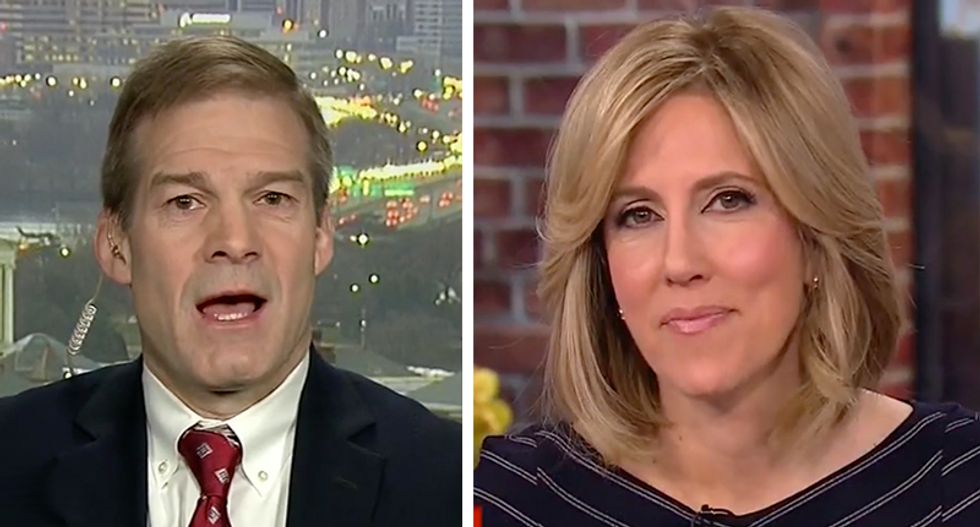 CNN's Chris Cuomo once again hammered a member of Congress on air for trying to dodge difficult questions. The interview was so contentious that co-host Alisyn Camerota quipped after the interview that "he'll never be back."

Rep. Jim Jordan (R-OH) refused to tell whether the media fails to report acts of terrorism. Monday, President Donald Trump alleged "It’s gotten to a point where it’s not even being reported. And in many cases, the very, very dishonest press doesn’t want to report it. They have their reasons, and you understand that.” The conspiracy theory first appeared on the site InfoWars, which Trump is known to support.

Cuomo demanded to know if Jordan agreed with Trump's assessment.

"I'll let you and the White House have that debate," Jordan said.

"Oh, no, no, no, no," Cuomo broke in. "That's not why you were sent to Washington. This is about truth and taking care of the people, your constituency. This matters. What do you think about it?"

Jordan pivoted to the executive order signed by Trump to ban immigrants.

"I hear you on that. Do you think the president is right to say the media is part of the problem because we underreported terrorist attacks?" Cuomo asked again. "I'll give you a hint. That is demonstrably false. I'm holding a ledger of those attacks and none of them have less than 100 media hits, even the remotest place with no injuries."

Jordan said that he would "take [Cuomo's] word for it" that the stories were reported, but then pivoted to blame the media for being biased and working to undermine the president.

Watch the full video of Cuomo below: