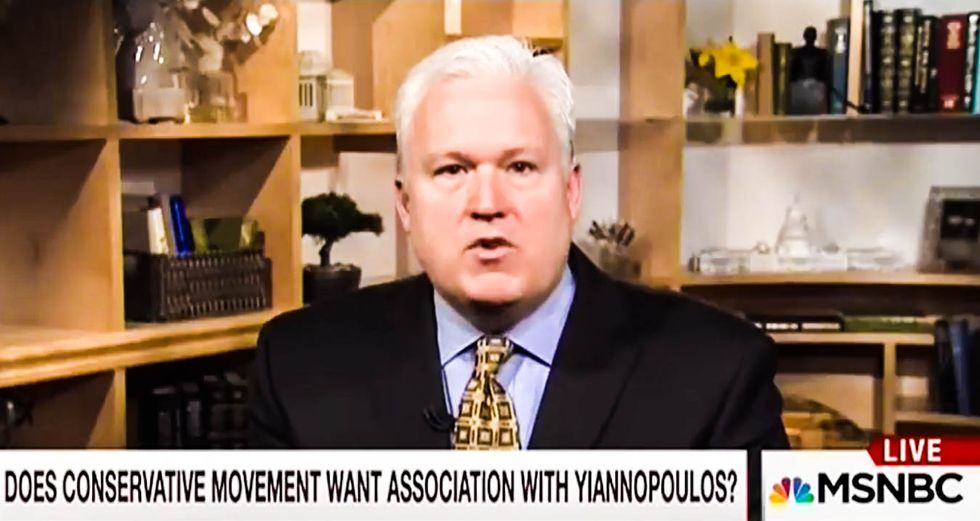 Did the Conservative Political Action Conference invite Milo Yiannopoulos as a keynote speaker because it wanted to appear more hip to young people?

When confronted by co-host Joe Scarborough about Yiannopoulos's past controversial statements -- which include not only his infamous defense of pedophilia, but also anti-Semitic attacks on journalists and prejudiced attacks on transgender people -- Schlapp said that the right-wing provocateur deserved consideration at CPAC because he had a big following among right-wing college students.

"The fact is that he's got a voice that a lot of young people listen to," Schlapp explained. "I would rather have our attendees hear it and make their own judgements, [rather] than me censor them."

Morning Joe contributor Willie Geist pressed Schlapp on this issue, however, and pointed out that Yiannopoulos's controversial remarks weren't just limited to his views on pedophilia.

Schlapp responded that he was well aware of Yiannopoulos's past statements, as well as what he called an "accusation" that Yiannopoulos was associated with the "alt-right" movement that he believes is "repugnant." Nonetheless, Schlapp believed that it was worth having Yiannopoulos on stage to talk about his personal "fight to be heard on campus."