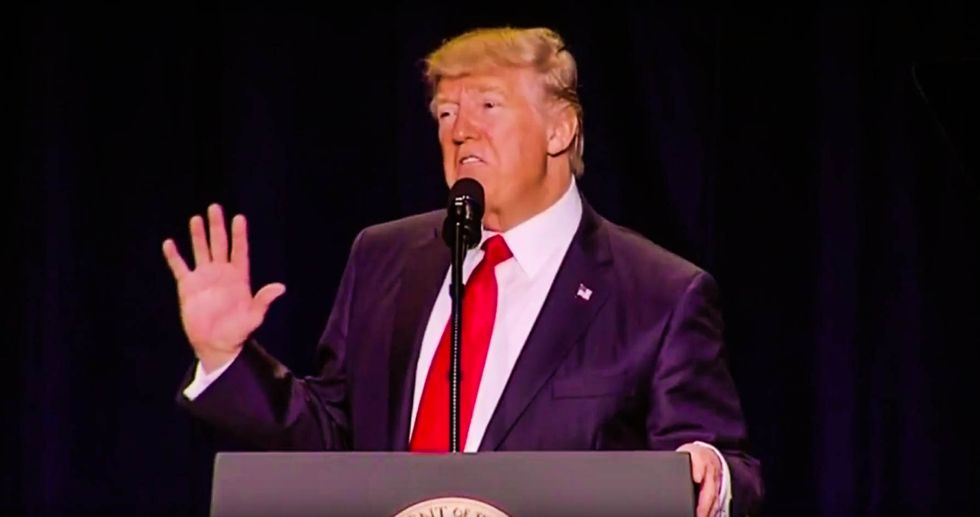 President Donald Trump gave a talk at the National Prayer Breakfast on Thursday morning, where he bragged about the ratings he used to get on The Apprentice, while also mocking current Apprentice host Arnold Schwarzenegger for getting lower ratings than he did.

"They hired a big, big movie star, Arnold Schwarzenegger, to take my place, and we know how that turned out," Trump said of The Apprentice. "The ratings went right down the tubes, it's been a total disaster... and I want to just pray for Arnold, if we can, for those ratings."

Using the National Prayer Breakfast to rekindle a feud over Apprentice ratings generated instant shock and ridicule on the internet, similar to the reaction that occurred on Wednesday when Trump paid tribute to Black History Month by talking about how badly he had been treated by CNN.

Some of the best reactions from around the web follow below.

Wait...there's a dead marine from a mission in Yemen....and Trump prays for Arnold Schwarzenegger and the apprentice...AT A PRAYER SERVICE!!
— Scott Hood (@Scott Hood)1486045205.0

What I don't understand: you're a religious, evangelist Christian and you support Trump. He just used a National Prayer to mock Arnold.
— Ben (@Ben)1486045655.0