‘I don’t know why I have to explain myself’: Fox irritates Conway with question about being ‘sidelined’ 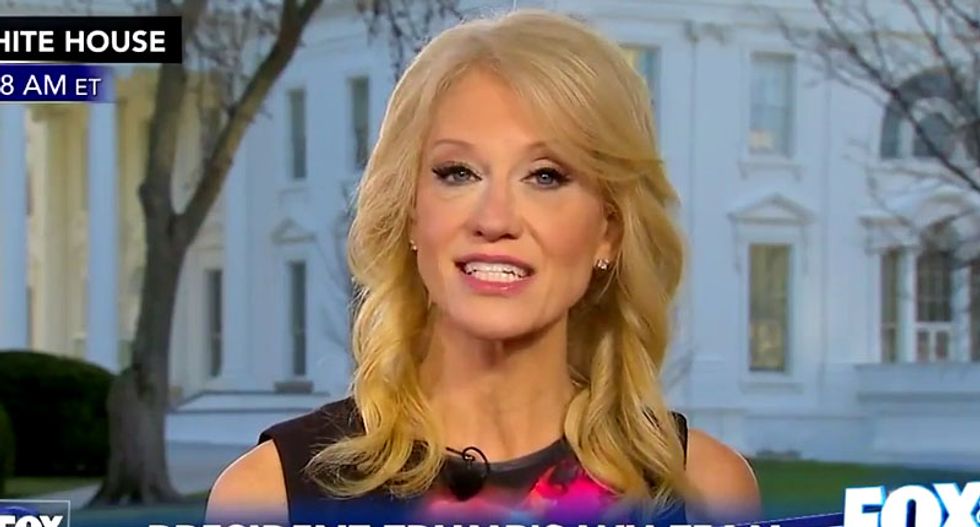 White House counselor Kellyanne Conway was asked on Fox and Friends Thursday morning about reports that she had been "sidelined" after a series of disastrous media interviews.

"I'm offered to go on TV often," she replied. "I think a few things -- first of all, I think the questions for me are different then for some other people here. I don't know why I would have to explain myself, but OK I will."

"I spent the last several days with four kids looking at schools and homes," she continued. "And I actually think now that we are in the White House, I've said this for many months -- before these silly specious articles with people 'close to the White House' and former campaign officials, whatever that means."

CNN reported Wednesday that Conway was "sidelined from television appearances for a week for making statements that were at odds with the administration's official stance."

Conway told Fox that she knows people will try to throw "crocodiles" in her way. "But I do feel there is a different set of questions for me," she added.