'I operate in facts, you're a pundit': Journalist Jose Antonio Vargas smacks down Fox's Tucker Carlson 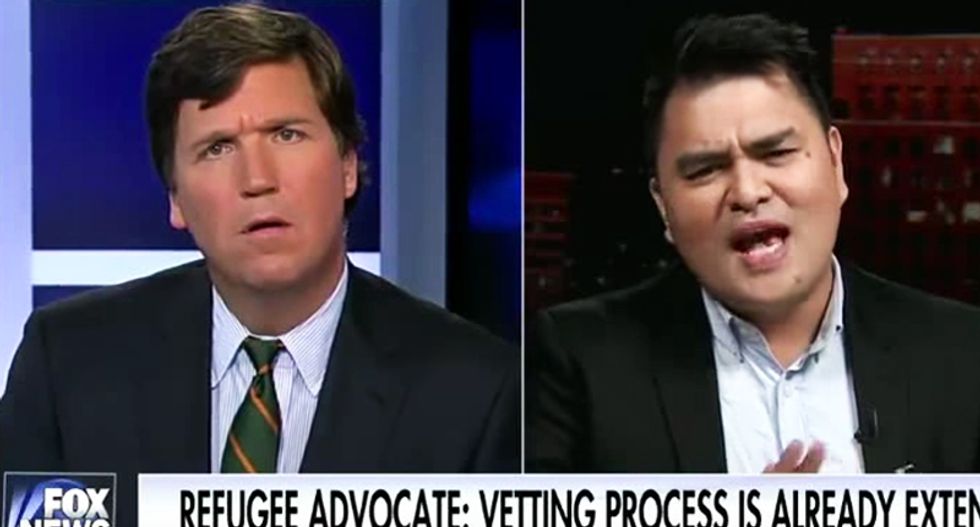 Fox News host Tucker Carlson got into a shouting match with a journalist defending undocumented immigrants on Tuesday night, with his guest slapping him down as a "pundit" who only deals in opinions.

Jose Antonio Vargas, who outed himself as also being undocumented in 2011, was immediately criticized by the Fox host for having the audacity to criticize current U.S.immigration policies.

Vargas, who came from the Philippines at age 12, noted the difference between how the U.S. treats immigrants from the U.S. protectorate before Carlson cut him off, saying, "You're not 12 now and you're making the case, in effect, that the U.S. doesn't have a right to say to people who are here illegally, 'You're not allowed to be here.'"

"Tucker, do you think I came to this country so you can beat me up and call me illegal and criminal on national television?” the Pulitzer Prize-winning journalist challenged the Fox host. "Words matter here."

The conversation then turned to an argument over the word "illegal" with Vargas explaining that being undocumented in the U.S. is a "civil offense, not a criminal offense. Almost half of the people who are here illegally came here legally and overstayed their visas. They didn't cross the Mexican border."

"These seem like non-sequiturs," Carlson opined, with Vargas shooting back, "No, these are facts, Tucker. The problem is you don't actually operate in facts ... I'm a journalist, I operate in facts, you're a pundit. There's a difference between the two."