'I will be ready': Rosie O'Donnell would love to play Steve Bannon on SNL 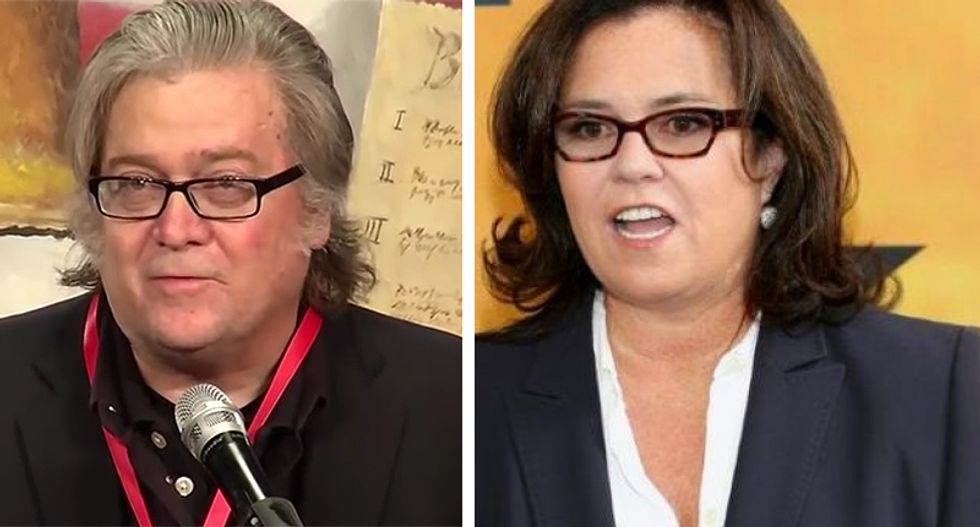 The president was apparently angered that Spicer looked weak when he was played by a woman, so a number of Twitter users urged Rosie O'Donnell to take a guest turn as Steve Bannon.

O'Donnell, whom Trump has repeatedly insulted as a "fat pig," said she's ready to serve.

Trump has apparently loathed O'Donnnell since she criticized him in 2006 for not firing a Miss USA winner over drug use and underage drinking when the future president owned the beauty pageant.

The then-reality TV star insulted O'Donnell as a "real loser" and has repeatedly made negative comments about her appearance in the years since, including during a Republican primary debate.

"Probably the Trump stuff was the most bullying I ever experienced in my life, including as a child," O'Donnell said. "It was national, and it was sanctioned societally. Whether I deserved it is up to your own interpretation."