‘If only West Wing were still on, he could learn how to be president’: Colbert mocks Trump’s TV obsession 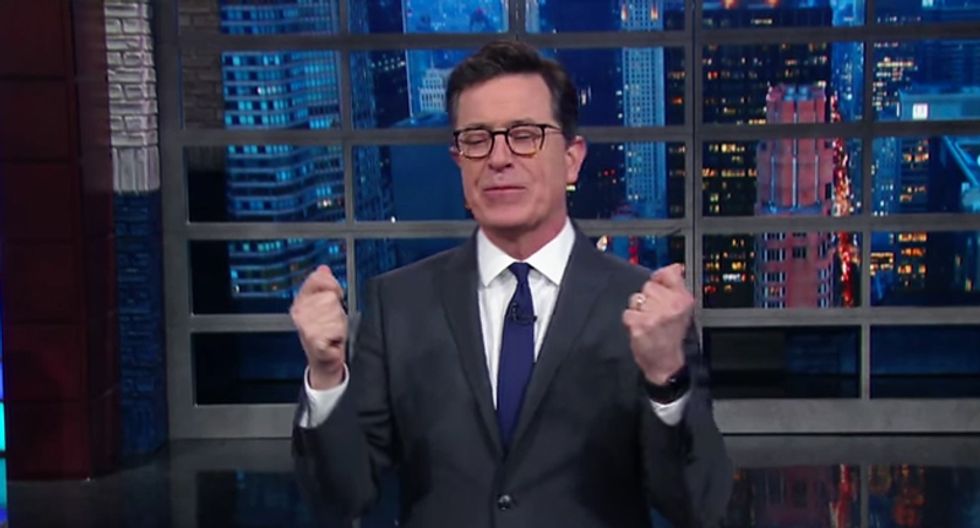 Late Show host Stephen Colbert got in his nightly shots at newly elected President Donald Trump Friday evening, noting that he seems to have more of a love affair with watching TV than he does with his wife Melania.

The CBS host pointed out that there are reports the First Lady may not be joining her husband at the White House, saying, "I'm really surprised these two love birds aren't going to be together."

"Just look at them,"Colbert continued, before sharing the viral clip of Melania Trump smiling at her husband as he spoke with her -- only for her to grimace the moment he turned away.

"Hello darkness my old friend," Colbert quipped, before adding, "I'm very happy for you, honey ... and I voted for Hillary."

The late night host then turned to reports that Trump is obsessed with television coverage of himself.

"We know he watches a lot of TV," Colbert explained. "He told the New York Times, 'He rises at 6 a.m. watches television tuned to a cable channel, then after a long day's work, Mr. Trump, who does not read books, is able to end his evening with plenty of television.'"

"Oh, if only the West Wing were still on," Colbert pleaded, "He could learn how to be president of the United States. If only..."

Watch the video below, posted to YouTube by CBS: