‘I’m not sure what anything means’: Shep Smith bewildered by Trump’s belligerent diplomacy 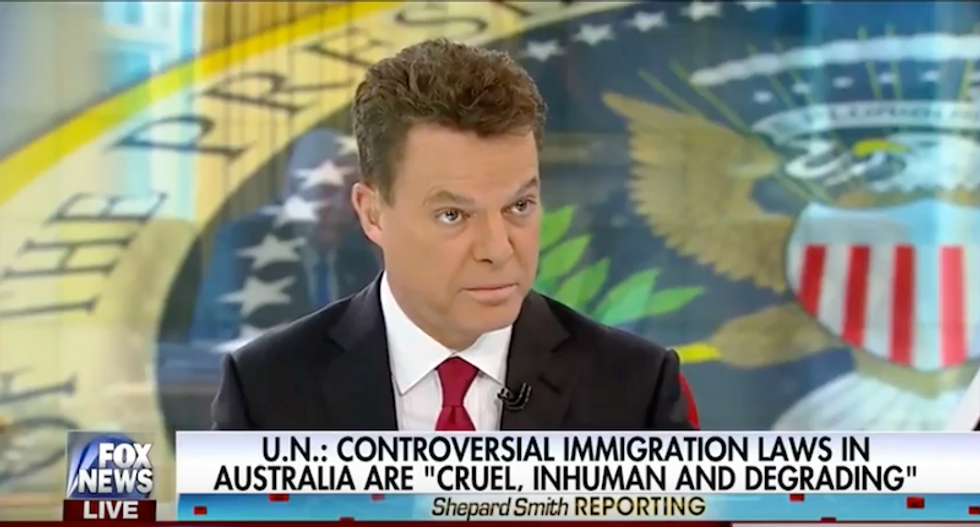 "World leaders are accustomed to a more diplomatic, sort of measured tone in these matters, and it appears that they're not really sure how to process all this," said Shep. Bussey commented on the fact that world leaders aren't diplomatic and careful because of a particular protocol, but because the issues are complex.

"You can create all sorts of unintended consequences just by your statement," he said, commenting on Trump's latest battle with Australia.

"Australia has always been there side by side with United States," Bussey said. "In the outback the roos are self-arming," said Shep, adding later, "I'm not sure what anything means."