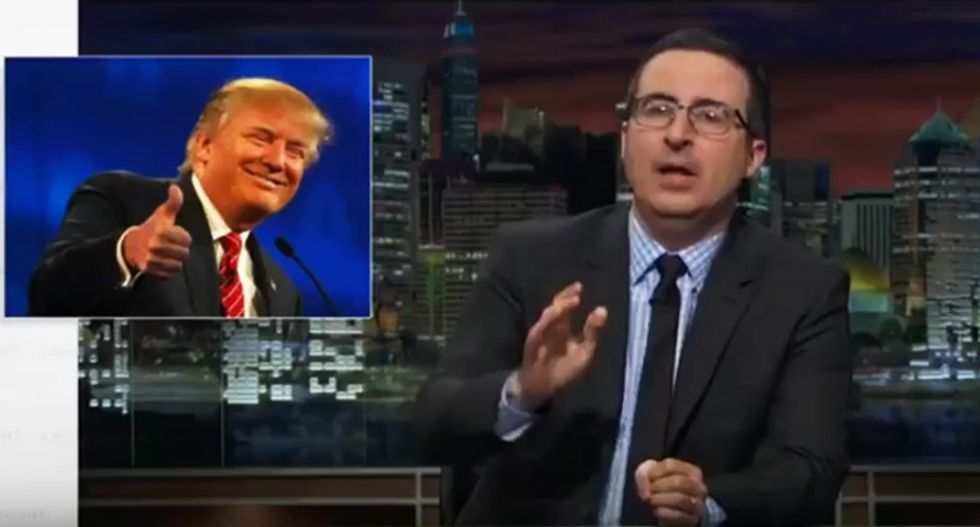 John Oliver on Tuesday said he finds Donald Trump’s executive order on immigration “viscerally offensive,” noting as someone who’s been through the U.S. immigration system—and “as a human being"—he’s “very concerned” by the ban.

“As a white, male human being, with a generic first and last name, coming from Great Britain, sponsored by a series of TV production companies in America, and [speaking] absolutely crystal-clear, perfect English, I’ve seen the system at its easiest,” the Last Week Tonight host told Dan Rather.

“So if I’m getting the best of the system, I really fear for the people getting the system at its worst,” Oliver said. “And also, as an immigrant, I guess that’s one of the reasons I find some of these actions taken through the executive order so viscerally offensive.”

“It is offensive to me to see how immigrants are being treated,” he added.

Trump signed his controversial executive order on Jan. 27, barring visitors from seven predominantly Muslim countries and suspending the U.S. Refugee Admissions Program. The order immediately impacted hundreds of travelers en route to their destinations and “provisionally revoked” up to 60,000 visas.

Oliver, whose wife Kate Norley enlisted in the U.S. Army after 9/11 and served as a combat medic in Fallujah and Ramadi, also took aim at the ban’s far-reaching impact on foreign interpreters and contractors who have worked with U.S. military.

“You talk about visas, the translators who have worked for our military in Iraq and Afghanistan,” Oliver said. “They have bled for this country without ever having visited it. They have sacrificed family members, something which our president has not done. He has not done either of those things. So for him to see them as a threat to this country rather than a proud benefit, is pretty hard to swallow.”