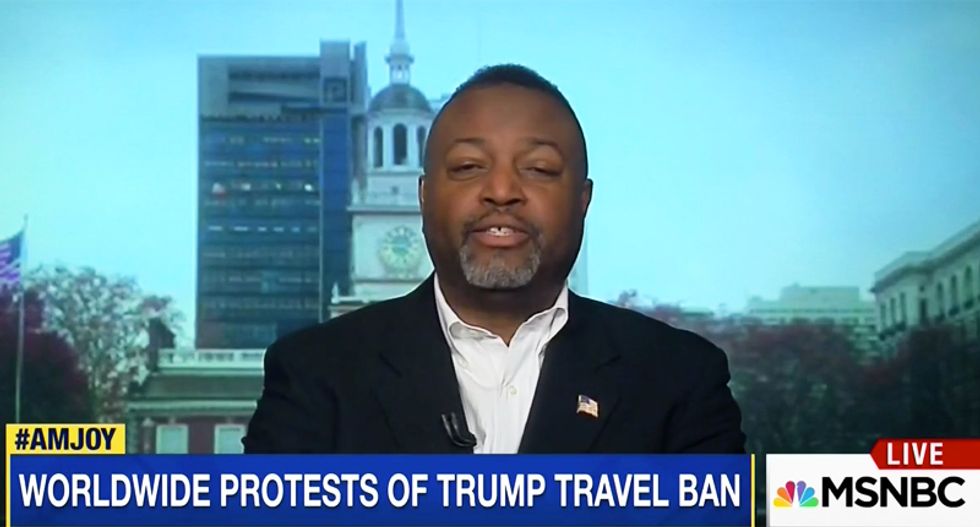 During a discussion on the newly installed Trump administration's saber-rattling towards the Middle East, an intelligence expert warned it is being driven by "fantasists" inspired by the Cold War novels of Tom Clancy where the U.S. military always prevails.

"This combination of a Muslim ban, whatever they want to call it, that ratchets up the tension between us and the Muslim world," Reid asked her guest. "These threats against Iran, cuddling up to Russia. you know, Malcolm, your thoughts?"

"We do not want to get into a fight with Iran," Nance asserted. "If there's push back on a diplomat front, that's one thing. I have fought or have been under fire by Iran three times in my career. Beirut in 1983 when they blew up a truck bomb that killed 243 Americans, naval battles in 1988, and been attacked by Iranian rockets in Iraq in the early 2000s. These people have capacity to put up a million insurgents and create terrorism throughout the Middle East."

"There's no smart way to play it, you either go the diplomatic route or you go to war all over and inflame the Middle East," he continued. "Perhaps that's their strategy. they want to confront Iran, think they can take them down. Listen, we have a phrase for this in the intelligence community, a 'fantasist,' it's called 'Tom Clancy combat operations,' right? Where they think they can do whatever they want because they think our military's infallible. We have already been proven by Iraq that we don't have the capacity to fight Iran much less ISIS across every battle sphere of the Middle East in South Asia. It's foolhardy to do it that way."