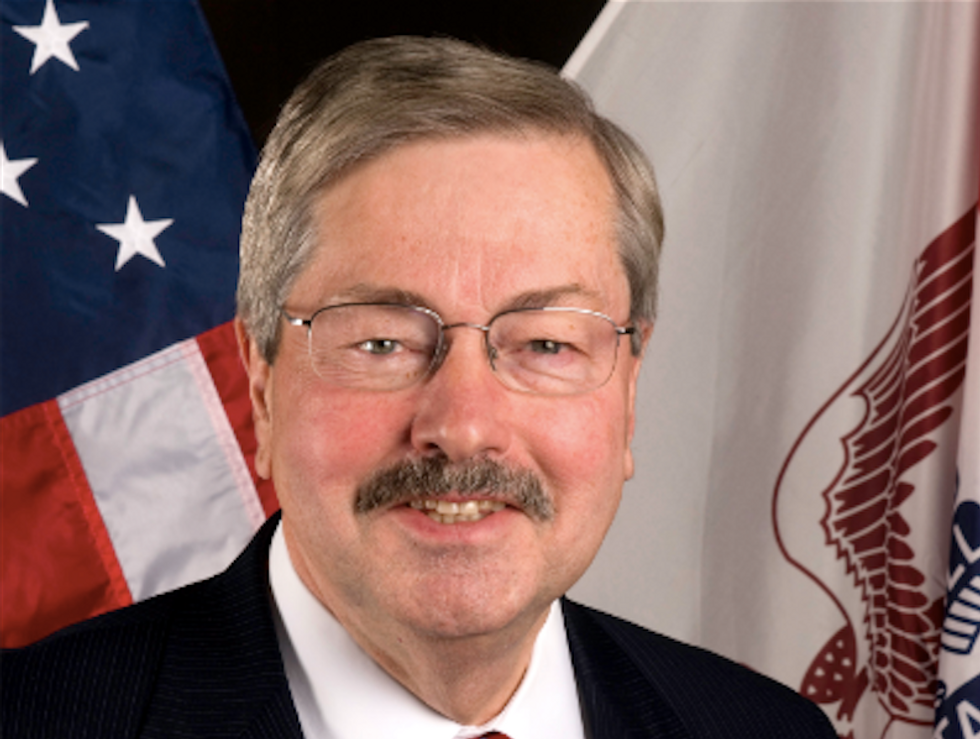 Iowa lawmakers considered legislation on Wednesday to limit the powers of public-sector unions to negotiate for state and local employees, restrictions similar to those enacted in Wisconsin and Michigan despite huge protests.

Republicans in Iowa have gained an important advantage in pushing for legislation to rein in public-sector salaries and benefits after gaining control of the state Senate in last November's election. Republicans also control the state House of Representatives.

Iowa Republican Governor Terry Branstad supports the legislation, which if approved, would see Iowa join Wisconsin and Michigan in imposing restrictions on public-sector unions in the past decade. Branstad said the measure was needed to save money for the state.

Union members protested the measure at the state capitol on Tuesday, according to local media.

The American Federation of State, County and Municipal Employees has said the measure, supported by the billionaire Koch Brothers' political spending group Americans for Prosperity, would gut collective bargaining rights.

Ross Eisenbrey, a vice president at the left-leaning Economic Policy Institute, said the measure was in line with efforts by conservative lawmakers to overrule minimum-wage increases adopted by cities and push for lower wages for construction workers on state projects.

The Iowa measure would lift mandates that require the state and local governments to negotiate with public-sector unions on how much employees receive in health benefits, according to a text of the legislation.

Instead, mandated negotiations would center on wages. Public safety employees, including police and firefighters, would be exempted from those provisions.

The legislation also would make it easier to dismiss certain state and local employees, including teachers, who are deemed by their supervisors to be poor performers.

Branstad told a news conference on Tuesday that state employees covered by public-sector unions typically pay $20 a month for their health coverage, leaving taxpayers on the hook for over $22,000.

"This is wrong and it's certainly out of whack with what everybody else in the state has to pay," he said.