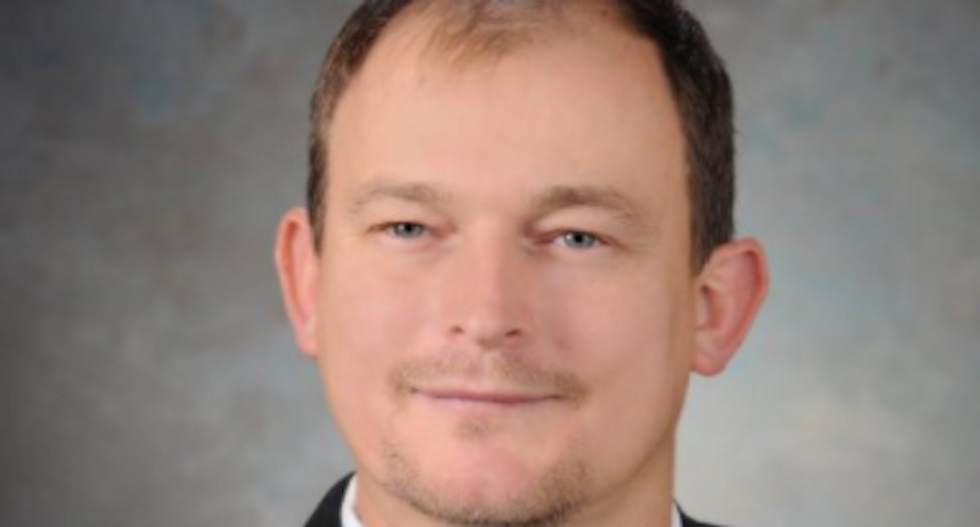 Free speech on college campuses has long been a cause for concern of the right, specifically the notion that, according to the right, there is no room for conservative views or speech on campuses or in classrooms. To address this, Republican Iowa lawmaker Mark Chelgren introduced a bill in his state over the weekend that would require state universities to consider the political affiliations of candidates applying for faculty positions.

The explanation behind the bill states that, "the state board of regents [would] require partisan balance of the faculty employed at each regents university." In other words, state Republicans seek to maintain a "free market of ideas" on college campuses by enforcing what can only be described as affirmative action for conservative thinkers.

The bill would require Iowa's chief elections official "to submit voter registration records to the board of regents," the Hill reports. Writer Pat Rynard wrote for the left-leaning blog Iowa Starting Line, "If you took a survey right now, it’s highly likely that Iowa professors are registered as Democrats at a much higher rate than Republican[s]. So any new hires would be strictly limited to Republican or No Party voters."

There have been increasing tensions on college campuses over speech and political viewpoints both inside and outside of the classroom. Last year, the University of Wisconsin-Madison introduced a course that sought to explore institutional racism, called "The Problem of Whiteness," which received significant backlash from Republican lawmakers.

The same university in January added a course called, "Unpacking Masculinity" with the goal of understanding and exploring the cultural expectations of masculinity. The proposed course prompted a similar reaction from conservatives who saw it as declaring a “war on men.”

Such topics have often been characterized as "politically correct" or "liberal." Chelgren, who proposed the legislation in Iowa said in an interview that students "should be able to go to their professors, ask opinions, and they should know publicly whether that professor is a Republican or Democrat or no party affiliation, and therefore they can expect their answers to be given in as honest a way as possible."

A similar bill was introduced in North Carolina but has since been dropped, as of Monday, Feb. 20.