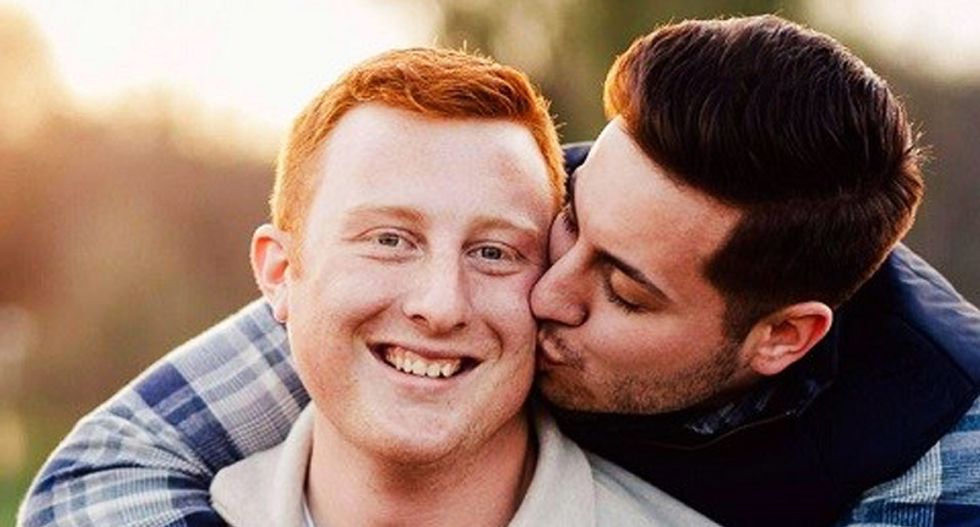 An Iowa State Representative is under fire for slurring the husband of his openly gay opponent at public meeting on Saturday, reports Towleroad.

According to Bleeding Heartland, Rep. Ralph Watts (R) ran into Kale Smith who opposed him in the 2016 election and asked about Smith's husband Bryce who happens to have red hair.

In video taken at the meeting, Watts' daughter confronted Smith for recording her father leading to an exchange where the lawmaker asked Smith about his husband, calling Bryce "red rider."

"By the way, where is red rider today?" Watts asked before he complained, "He’s been chirping and sniping ever since the election."

"It’s your duty as the elected official to go to public forums for your constituents," Smith replied only to have Watts smirk and ask again, "Where is red rider?"

After some back and forth, Watts once again asked about "red rider."

In a now deleted Facebook post, Kale Smith called out his former opponent, writing, "After seeing, watching and hearing Mr. Watts during his forum, I am disturbed. I am at a loss for words really. A person who has held public office for nearly 14 years lowered himself to levels of name calling, bait and hook questioning and a total lack of facts and knowledge of what is going on in our state government and what is going on in our communities day in and day out."

Monday Watts denied he was slurring Bryce Smith in an interview with the Des Moines Register, saying he was making a reference to a famous brand-name BB gun.

“Red Ryder BB gun is the thing that falls in the category of a kid’s first gun, and it’s used to teach kids how to use a weapon and shows them responsibility and shows they’re capable of using something more powerful,” Watts said. “With some of the things that have happened, the constant sniping and constant obscure criticism shows me that he hasn’t progressed past the Red Ryder stage… I hadn’t heard about the slur until he brought it up.“

Unsurprisingly Watts added he knows “several LGBT folks in my district, and they can live their lives and chose their lifestyle and that’s fine with me. I don’t really care. They don’t throw it in my face at all.”