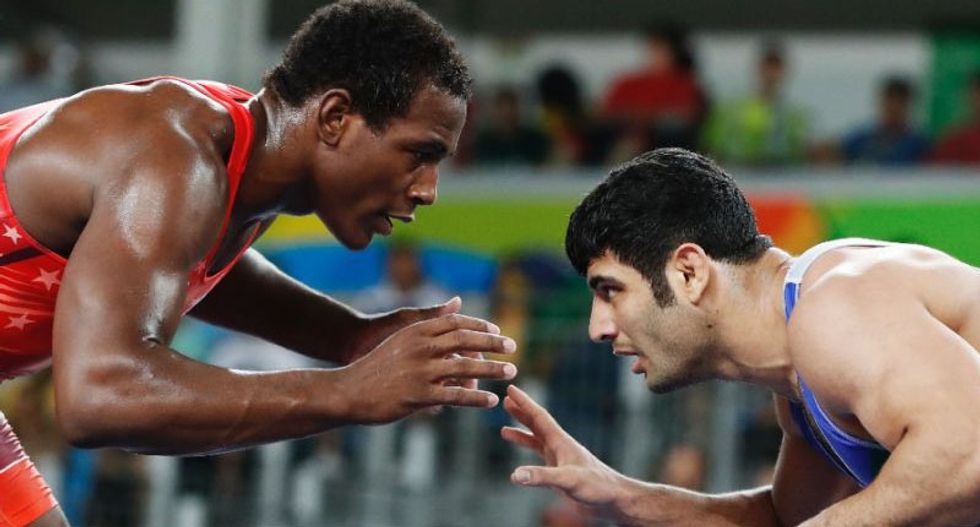 Iran has refused visas for US athletes due to compete in an international wrestling tournament in response to President Donald Trump's travel ban on predominantly Muslim countries, the foreign ministry said Friday.

"Considering the policies adopted by the new US administration, the foreign ministry was inevitably forced to refuse travel by the US wrestling team to Iran," spokesman Bahram Ghasemi was quoted as saying by the official IRNA news agency.

The team was due to take part in the event in western Iran from February 16-17.

Trump signed an executive order a week ago barring entry of all refugees to the US for 120 days, Syrian refugees indefinitely and blocking citizens of Iran, Iraq, Libya, Somalia, Sudan, Syria and Yemen from entry for 90 days.

The order, which caused mayhem worldwide and has been met with legal challenges, was later clarified to say that green card holders were not targeted by the ban.

Iran on Thursday rejected a warning from Trump over its latest missile test as "baseless and provocative", reflecting growing tensions between Tehran and the new US administration.