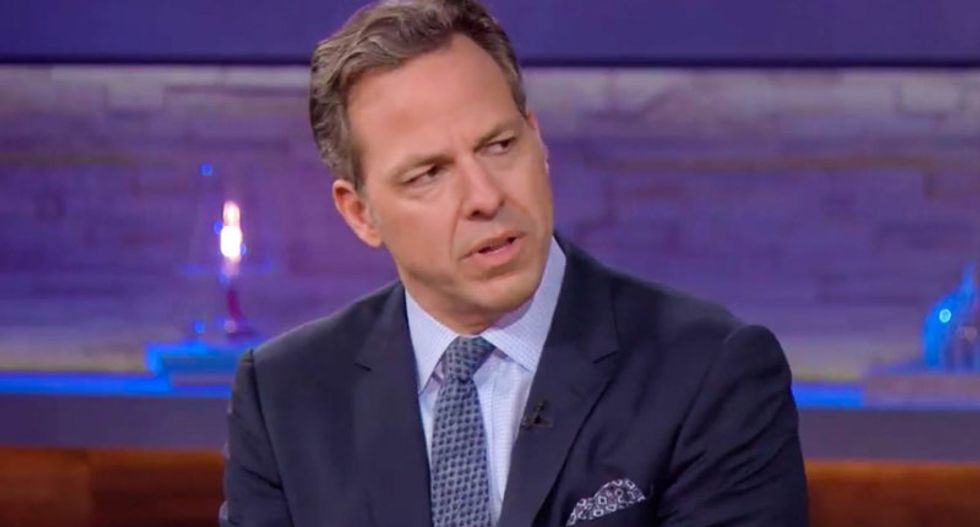 Despite a day full of attacks on Tapper from Trump supporters and fake news sites claiming Tapper went on a racist tirade, Tapper seemed to be in good spirits for political quips.

In a press conference, Trump told reporters, "We're getting really bad dudes out of this country, and at a rate that nobody has ever seen before. And they're the bad ones. And it's a military operation."

Trump's words seem to be in conflict with his own Secretary of Homeland Security, however.

Reporter Sara Murray noted that this isn't the only example of a Trump cabinet official contradicting their boss.

"Humm, maybe General Kelly should voice his frustration to someone other than the media on that issue," Tapper quipped.