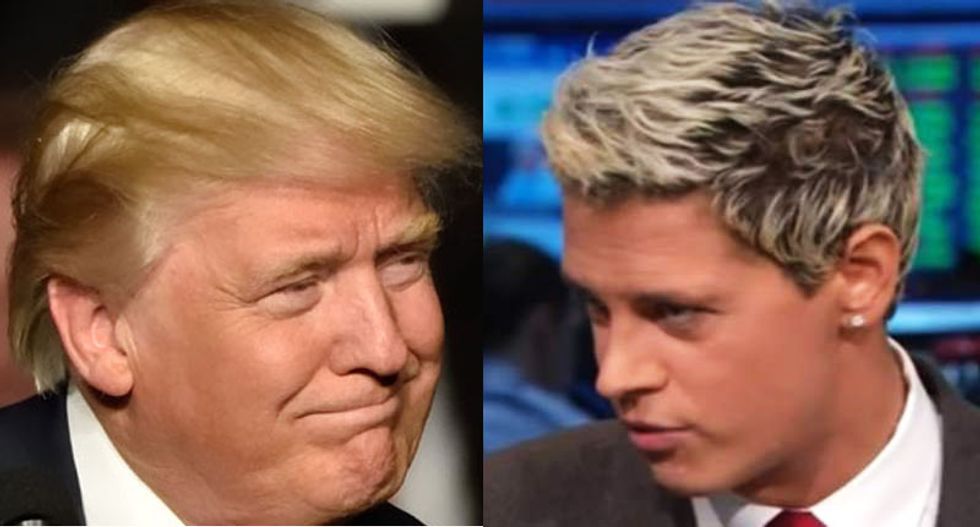 On a day when CPAC booted Yiannopoulos as a keynote speaker over his comments about sex with minors -- and Simon & Schuster cancelled publication of his book -- Trump and White House senior adviser Steve Bannon have been strangely quiet.

Granholm stated that Trump has some explaining to do, since he once fiercely advocated for Yiannopoulos to be allowed to speak while noting that Bannon hired Milo at Breitbart.

"I wish we weren't even discussing this person's name," Granholm stated. "Because he is a publicity parasite; he is all about getting additional clicks and additional followers and I don't want CNN to be an accomplice to that."

"He is not just promoting, in this clip, pedophilia or apparently doing that, but he's been such a spewer of hatred. Hatred of women, hatred of the transgender community, which is kind of ironic, given that he's gay overtly," she continued. "The fact that he was hired by Steve Bannon -- I'd like to see Steve Bannon and Donald Trump disavow him publicly. In fact, the last time he was at Berkeley, Donald Trump tweeted in support of him saying we should let this guy speak. Thank goodness that CPAC did disinvite him, but I think people need to do their homework in advance."

The Trump tweet Granholm referenced went out on Feb. 2 after Yiannopoulos was prevented from speaking at the California university by protesters with Trump respondingIf U.C. Berkeley does not allow free speech and practices violence on innocent people with a different point of view - NO FEDERAL FUNDS?"

If U.C. Berkeley does not allow free speech and practices violence on innocent people with a different point of view - NO FEDERAL FUNDS?
— Donald J. Trump (@Donald J. Trump) 1486033993.0