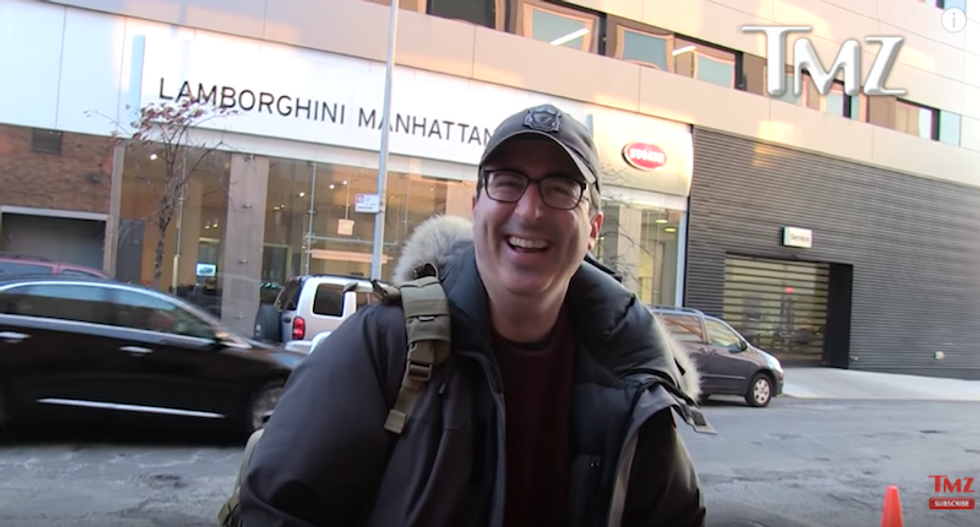 Comedian John Oliver was approached by TMZ on Tuesday and was asked about the significance of President Donald Trump skipping the White House Correspondents' Dinner. "How big of a deal is this?" they asked.

"It is zero deal ... I think it's meaningless," Oliver replied. "If you can find yourself prioritizing being annoyed by that, then that's pretty impressive." Oliver said he would list Trump not attending the WHCD as maybe the "250th most concerning thing at the moment," noting there are many more priorities.

"Who gives a sh*t?" Oliver said, laughing. "There are thousands of things that are more concerning than that — than him not going to a dinner, which is kind of bullsh*t anyway." TMZ asked what Oliver thinks Trump might be doing instead, "Do you think he's secretly in a room where he's actually working?" Oliver replied, "I don't think there is any reason to believe he's ever secretly in a room working. I don't know what he's doing, but working doesn't seem to be one of them."