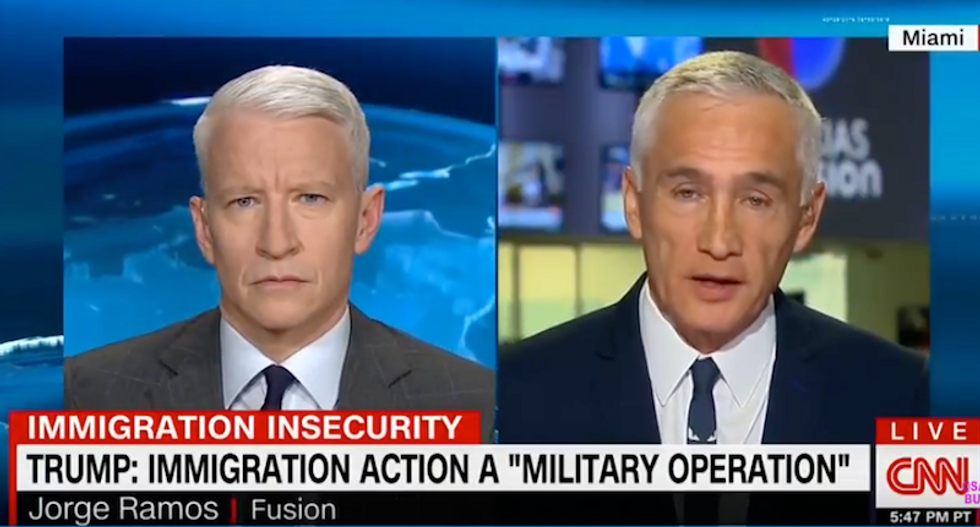 Journalist Jorge Ramos joined CNN's Anderson Cooper on Thursday night where the two discussed President Donald Trump's recent comments and actions regarding undocumented immigrants. Cooper noted specifically that Trump said he would focus on the "criminal element" that the nation's immigrants represent in the president's eyes.

"Donald Trump has a clearly xenophobic, anti-immigrant agenda," said Ramos. "If the new definition of 'criminal' is anyone who crossed illegally the border from Mexico to the United States, then we have 11 million criminals in this country, and that is not true. Donald Trump is criminalizing the immigrant population."

Ramos then outlined immigration to the U.S. over the last three decades. As the immigrant population grew, violent crime decreased. "The more immigrants you have, the less crime you have. I know this goes against what Donald Trump is saying, but that's the truth," Ramos said. He went on to explain that Trump has the power and authority to legalize the 11 million undocumented immigrants living in the U.S. "with one signature, and he simply doesn't want to do that."