‘Just do your job!’: CNN’s Dana Bash slams Trump for his persistent attacks on the press 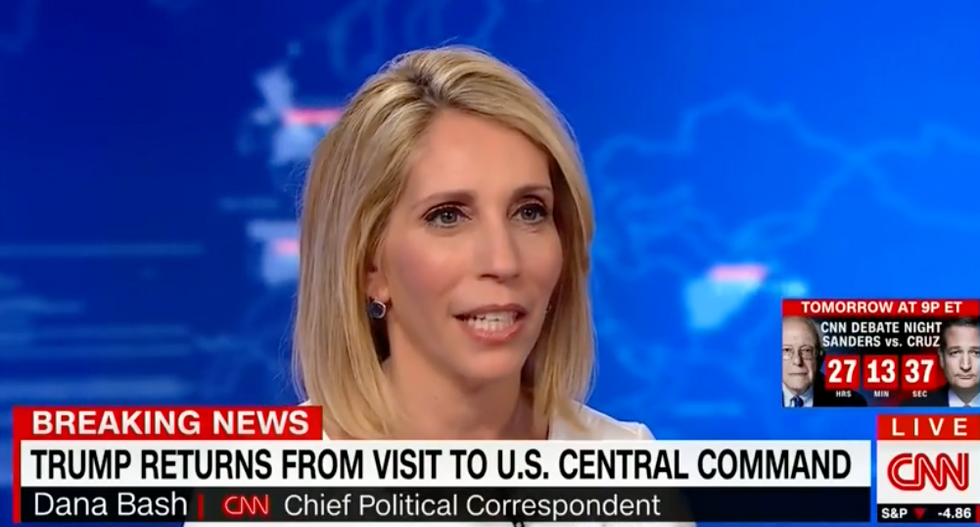 CNN’s Dana Bash hit Donald Trump over his constant beratement of the media, arguing at some point, “even the people who support him” will be sick of hearing his grievances.

Spicer insisting the Times “story was so riddled with inaccuracies and lies that they owe the president an apology,” adding, “there were just literally blatant factual errors and it’s unacceptable to see that kind of reporting—or ‘so-called’ reporting—that is literally the epitome of fake news.”

“You start at the top, I don’t think the president owns a bathrobe,” Spicer said. “He certainly doesn’t wear one.”

Bash noted that her CNN colleague Jake Tapper “already emailed around a picture of Donald Trump wearing a bathrobe,” conceding the image “was [from] many decades ago, so perhaps it isn’t with him anymore, or maybe it doesn't fit, or whatever.”

“But, are we really having this conversation?” Bash asked, incredulous. “Whether it’s Donald Trump and bathrobes, or more importantly it gets to the core … I’m joking, but this is very serious. I was going to say you can’t attack the media, you can. He has the freedom to do that, just like we have the freedom, and responsibility, I should say, to try and report out what is happening in this country.”

“But, like, c’mon,” she continued. “At a certain point ... even the people who support him and cheer him on are going to be like, we don’t wanna hear it anymore. Just do your job.”