Olbermann slams Trump's Muslim ban: A 10-year-old knows this is the 'greatest possible gift to ISIS' 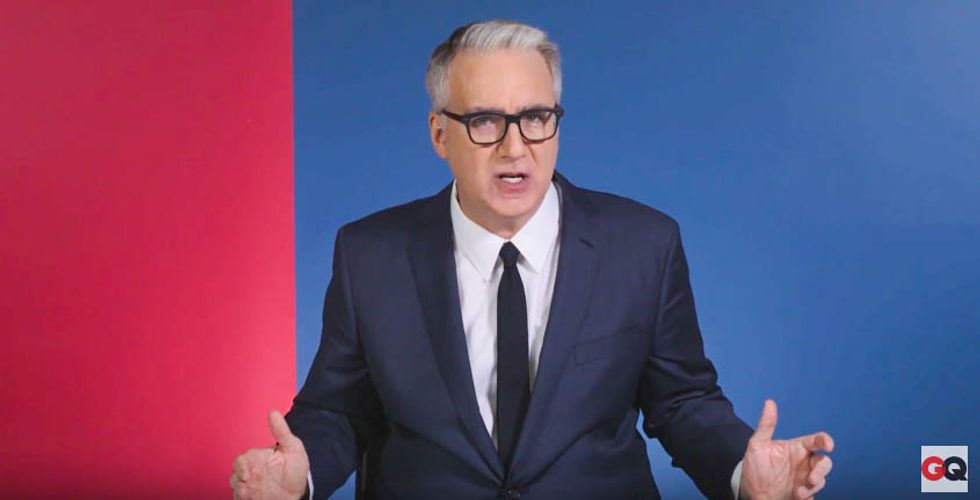 Pointing out that the only group celebrating Trump’s Muslim ban is, in fact, ISIS, the “Resistance” host explained that all the executive order does is provide the terrorist group with “confirmation” and “insane, immoral rationalization for their bloodlust.”

“The United States of America is invoking exactly the kind of action that the Islamic State always said it would,” Olbermann said. He added “an intelligent 10-year-old could tell Trump” that the last thing anyone interesting in fighting terrorism should do is “ban Muslims simply because they are Muslims.”

“Why would any American deliberately do anything to give terrorists a rationalization to commit terrorism in America?” Olbermann asked, calling the ban the “greatest possible gift to ISIS.”

Olbermann then traced the history of the United States following the September 11, 2001, arguing the George W. Bush administration made a power grab in the aftermath of the attacks.

“What was all that for?” Olbermann asked. “Was is to make this country safer? Or was it simply to make Republican possession of the White House safer?”

Olbermann said “even [former Vice President Dick] Cheney” condemned a Muslim ban, insisting only one of two options explains why Trump and his lackeys are pushing for this ban.