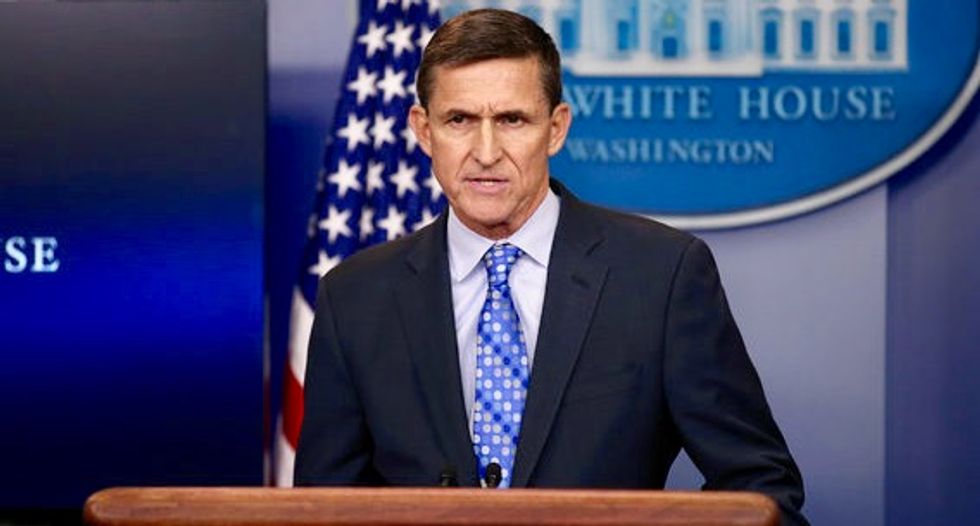 U.S. national security adviser Michael Flynn enjoys the "full confidence" of President Donald Trump, a top White House adviser said on Monday, as Flynn tries to get past a controversy over his contacts with Russian officials before Trump took office.

The statement by White House counselor Kellyanne Conway to reporters was a sign that Flynn did not appear in imminent danger of losing his job, although an administration official has acknowledged that he was in a tenuous position.

Still, it was notable that Trump did not use the opportunity of a joint news conference with visiting Canadian Prime Minister Justin Trudeau on Monday to make a public show of support of Flynn.

"General Flynn has the full confidence of the president," Conway said.

Top White House officials have been reviewing Flynn's contacts with the Russians and whether he discussed the possibility of lifting U.S. sanctions on Russia once Trump took office, which could potentially be in violation of a law banning private citizens from engaging in foreign policy, known as the Logan Act.

The retired U.S. army lieutenant general had initially denied discussing sanctions with the Russians in the weeks before Trump took office Jan. 20, and Vice President Mike Pence went before the television cameras to repeat the denial and defend Flynn.

When a Washington Post report emerged last week quoting officials as saying the subject of sanctions had in fact come up, Flynn left open the possibility that he had discussed sanctions but could not remember with 100 percent certainty, an administration official said.

Conway said Flynn had spoken twice to Pence about the incident on Friday, including once in person. An administration official had said Flynn had apologized personally to Pence, who is said to be troubled by the possibility he was misled.

There was no indication from transcripts of Flynn’s conversations that he had promised to lift the sanctions but rather that he made more general comments about hoping for better U.S.-Russian relations with Trump, a U.S. official said.