Kentucky lawmaker blasts Trump's mental state: He is 'unfit' for office and 'dangerous' 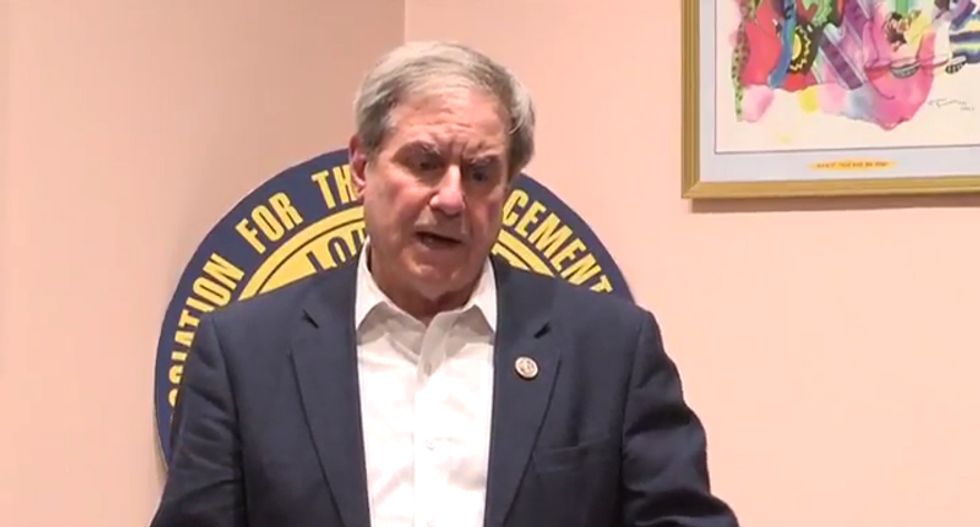 Speaking to a local chapter of the NAACP, a Kentucky Democrat said he was worried about President Donald Trump's "mental state" and that he felt the president might be putting the country at risk.

In video captured and posted to YouTube,  Rep. John Yarmuth claimed Trump shows on a daily basis that something is not right with him.

"He is demonstrating on a daily basis that he's totally unfit for the office he serves in," Yarmuth told the assembled audience to nervous laughter. "He is, in my opinion, a dangerous president. I'm not sure of his mental state, but I know that he doesn't portray someone who is in control of his facilities."

Yarmuth speculated that Trump only became president for the attention and adulation.

"He doesn't seem to care what happens once the applause stops, he seems to be in it totally for the applause, and that's what somebody with his ego and narcissism would be," Yarmuth explained.

Asked if Trump could be facing impeachment, the lawmaker saw no evidence of wrongdoing so far, but added, "not that we know of."

He also stated that Vice President Mike Pence would be better from a national "sanity" perspective.