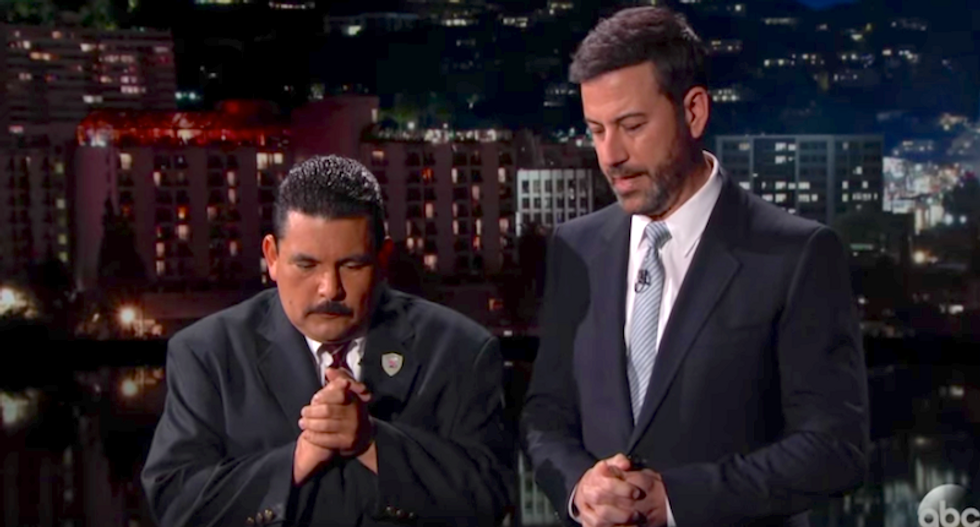 Jimmy Kimmel poked fun at President Donald Trump's recent speech at the National Prayer Breakfast, in which he made everything about himself by bragging about his "tremendous success" while running the Apprentice. He then proceeded to suggest that the attendees pray for Arnold Schwarzenegger, who took over hosting the show.

"Please forgive him for the Expendables 3," he added.