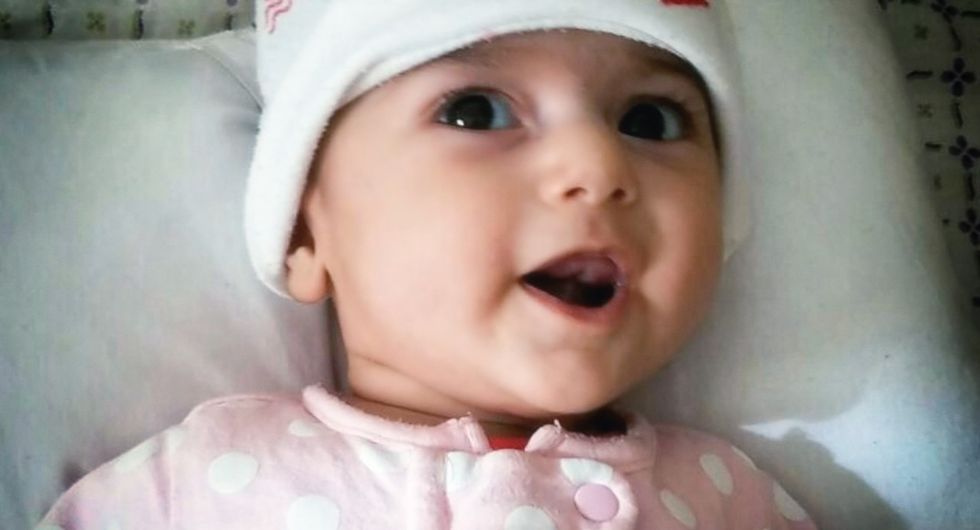 The family of a 4-month-old Iranian girl said that she missed an appointment for open heart surgery due to President Donald Trump's executive order banning travelers from seven majority-Muslim countries.

Sam Taghizadeh told KPTV that his niece, Fatemah, was scheduled to fly in for an appointment next week at Oregon Health & Science University but the trip was cancelled.

Taghizadeh said that the family had spent weeks preparing for the trip. They flew to Dubai last week for a scheduled meeting at the U.S. consulate, where they were told that they would not be allowed to complete the trip even though Fatemah's grandparents are U.S. citizens.

"For getting the visa, they ask for lot of the paperwork. You have to do many things, you know. For three weeks we working for every single thing they wanted," Taghizadeh explained. "All the paper, everything was ready, and just in the last minute they canceled everything."

"Half an hour, even they took the appointment out. I send an email, I tried calling them, nobody answered. But now she's stuck," he lamented.

According to Taghizadeh, Fatemah is in dire need of open heart surgery, which the family believes is safer in the U.S.

"Over there it's a very high risk because that is open heart surgery," he said. "It's like a nightmare. You know, in the one night everything changes. Now you don't know what you're going to do."

The experience left Taghizadeh afraid for the future of his family.

"Why we came to U.S., we came here for freedom. For a better life. I'm feeling no where is safe," he declared.

Watch the video report below from KPTV.