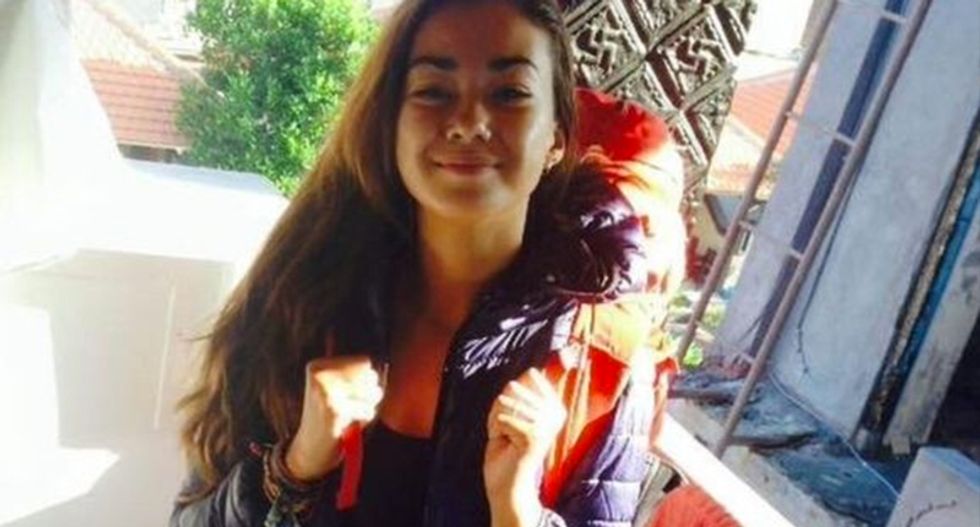 The death of Mia Ayliffe-Chung was hard enough for her parents to handle, but now President Donald Trump and right-wing Australian politician Pauline Hanson are using her death to justify a ban on immigrants. Neither immigrants nor "radical Islamic terrorism" had anything to do with the death.

In an editorial for The Guardian, the young woman's mother said that she was "affronted by the inclusion of" her daughter's death, along with others, in a list being used to justify "preventing Muslim immigrants" from entering western countries like the U.S. and now Australia.

"Our children’s deaths were ugly, brutal, and must have been utterly terrifying, and I find my mind attempting to recreate those events on a regular basis," mother Rosie Ayliffe confessed. She explained that someday she hopes to be able to visit the spot her daughter died and meet the man that stayed with her.

"If I can find the strength to do this, surely some White House minion with a list to compile could take the trouble to get the facts right: Mia and Tom’s deaths were not committed out of some misguided interpretation of the Qur’an," she wrote.

She explained that her daughter wasn't killed by some Islamic fundamentalist but by a man who allegedly never prayed the entire time he was at the hostel where they stayed. Instead, the killer developed an unhealthy infatuation with her and had "threatened to massacre his fellow backpackers" before her daughter even arrived. Ayliffe explained that she blames the hostel for allowing the group to stay with someone who had been "acting strangely" and threatening.

"My daughter was a migrant worker, and like migrant workers the world over she was treated as a disposable commodity," she wrote. "As a British parent of a delightful girl just out of school, with all the love of life in her eyes and a future of joy-filled love and laughter before her, this is difficult to bear. But it is a fact of life."

Ayliffe explained that was the only thing about which Trump was correct: "There is a connection between my daughter and those travelers he wants to strip of their humanity and dignity in airports around the United States." It isn't the connection he hopes to make, however. Rather, her life was held in little regard by a system that doesn't value human rights for her or for immigrants.