MSNBC's Mika Brzezinski says Trump has a 'Kellyanne problem': They both say 'things that aren't true' 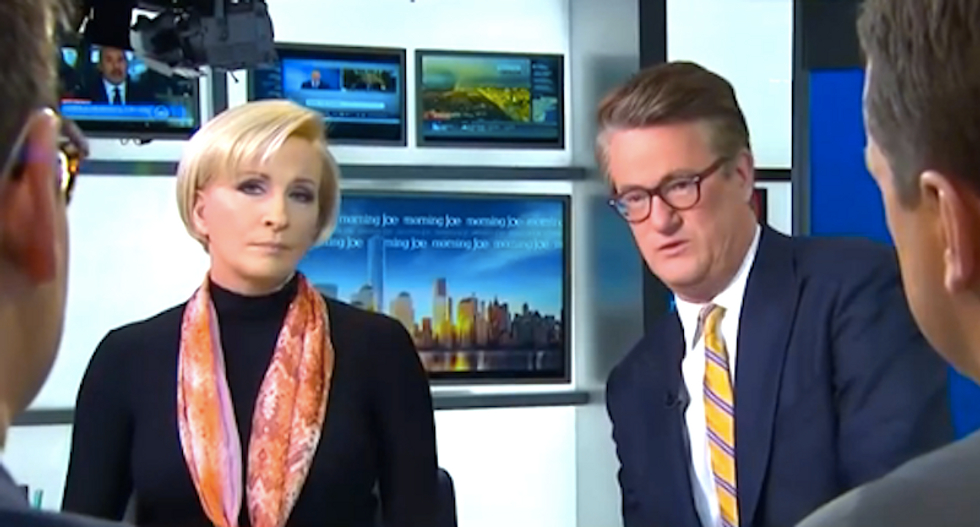 MSNBC's Joe Scarborough and Mika Brzezinski agreed that President Donald Trump has shredded his credibility after less than a month in office.

The "Morning Joe" co-hosts laid some of the blame at the feet of Trump's predecessors, Bill Clinton and George W. Bush, and Scarborough described how those administrations sent aides to Capitol Hill to tell obvious, laughable lies to lawmakers.

"Nobody's laughing at this point at all, because it's not just missile technology to China, now we're actually talking about a very nefarious relationship with Russia. Something is there, something is wrong, something stinks in Denmark, and none of us know exactly what it is. I was just saying to somebody last night, I now know how my parents felt during the Cuban missile crisis, because this is as unsettled as I've ever been in my life.

"I actually think Clinton and Bush and the versions of lies that came out of both of those administrations have brought us to Trump, and have lowered the bar," Brzezinski said. "But he's taking it to a whole new level, where I'm not sure the presidency can sustain it."

Scarborough said many Americans are simply unable to keep up with the pace of the various scandals engulfing the White House, because their complexity requires a nearly professional dedication to understanding.

"You can't expect everybody who's working and raising three, four kids to be sitting glued to the TV set -- and they're not," Scarborough said, explaining why some of the scandals had not yet penetrated the public consciousness.

That's how Trump has been able, so far, to wave away damaging stories as "fake news" promoted by a dishonest media and treacherous intelligence agencies.

"This is the Kellyanne problem, and I think the president is coming very close to having it," said Brzezinski, who has personally banned the president's adviser from the show. "I say that with all due respect, but Kellyanne Conway got to the point where she talked about fake news and alternative facts, but there is absolutely no credibility. People watch it, and they don't hear it anymore because she says things that aren't true."