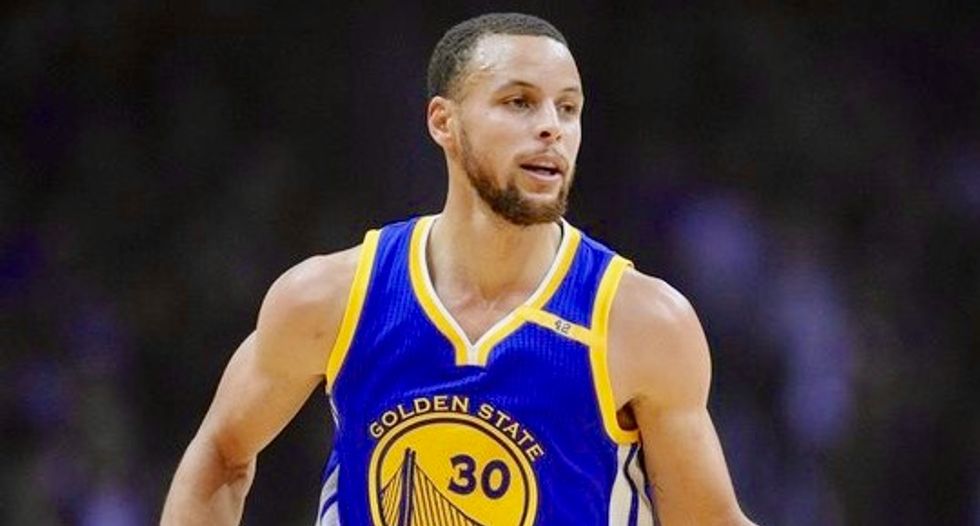 National Basketball Association star Stephen Curry joined a number of other athletes to speak up against President Donald Trump, opposing a comment made by Under Armour Chief Executive Kevin Plank that the president is "a real asset" to the country.

On Tuesday, Plank expressed support for Trump on CNBC, saying: "To have such a pro-business president is something that is a real asset for the country."

In an interview with The San Jose Mercury News on Wednesday, Curry, one of Under Armour's most-visible athletes, said, "I agree with that description (of asset made by Plank), if you remove the 'et.'"

A number of NBA players including Cleveland Cavaliers superstar Lebron James, who is endorsed by Nike Inc , have recently expressed concerns over Trump's policies. But Curry is the first player to directly oppose comments made by their sponsor.

Plank's comments immediately drew backlash on social media with many using hashtags #boycottUnderArmour and #Grabyourwallet to spread a campaign against pro-Trump companies.

Under Armour has since released a statement saying Plank's comments were in regard to Trump's business policies, not his social viewpoints.

"We believe in advocating for fair trade, an inclusive immigration policy that welcomes the best and the brightest and those seeking opportunity in the great tradition of our country, and tax reform that drives hiring to help create new jobs globally, across America and in Baltimore." Under Armour is based in Baltimore.

Under Armour was not immediately available for comment on Thursday.

Curry, who has a multi-million dollar contract that includes an equity stake in Under Armour that runs through 2024, said in the interview that Plank working with Trump is not a deal-breaker, but he is more concerned about Under Armour adopting Trump's values.