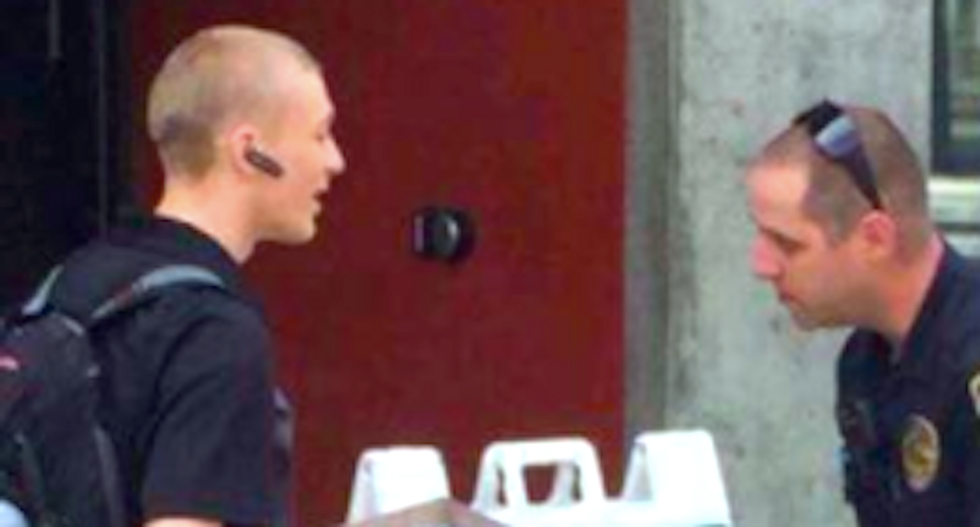 A white nationalist was punched in the face last week while handing out neo-Nazi literature on a California campus.

The man, who police have not identified, went Wednesday to the campus of California Polytechnic State University and passed out fliers in front of the Robert E. Kennedy Library, reported Mustang News.

The fliers promoting the American Nazi Party showed a swastika, which the papers identify as "a symbol of white power."

Campus police were called to the scene and spoke to the man, but officers found no laws were broken and allowed him to remain outside the library.

The man returned Thursday to the San Luis Obispo campus to pass out fliers.

Another man, whose face was covered, approached the neo-Nazi and punched him in the face before running away.

The neo-Nazi declined to file a police report or give officers his name.

Another neo-Nazi, Richard Spencer, was famously punched in the face during inaugural festivities for Donald Trump last month in Washington, D.C.

Video of that incident were widely shared.